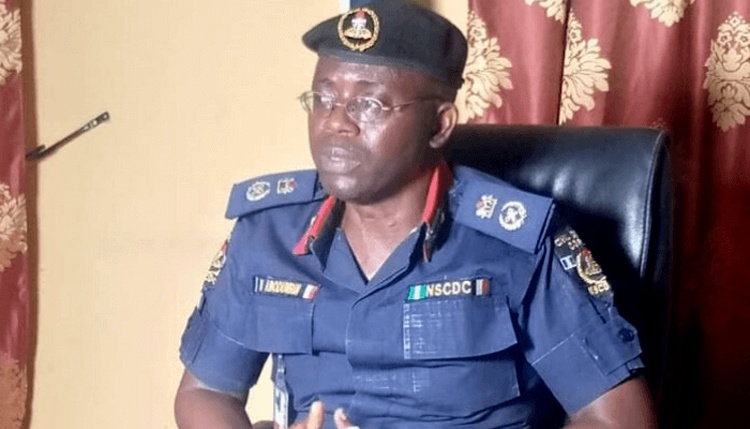 Abodunrin made the disclosure on Sunday during his familiarization visit to the office of the Correspondents’ Chapel of the Nigeria Union Journalist (NUJ) in Akure.

He said it had become imperative for members of the public, especially media practitioners, to be security conscious.

The commandant, who explained that the NSCDC Commandant-General had told them to start security training for members of the public, said that nobody should be too elitist, cosmopolitan, big or old to learn about security matters.

“And there is the need for us to upscale the security of everybody, particularly the media who would be reporting so many things, including criminal activities of the people.

“Also, in reporting political parties campaigns, politicians and many others, journalists have been losing their members to the cold hand of death.

“It will also help us to know what journalists can do to enhance their own profession; what are the little skills we can display if we are attacked, among other security tips for our benefits,” he said.

He said that the training would be part of self defense tactic, and “it doesn’t matter about our age or size”.

“The best form of security anybody can provide is the one you provide for yourself and the worst of security is feeling that you are not secure,” he said.

Abodunrin, who said that he had impounded about seven trucks with 84,200 litres of adulterated diesel and arrested 12 suspects within his one month in Ondo State, reiterated his resolve to continue to collaborate with other sister agencies to end insecurity.

In his response, Mr Tope Fayehun, Chairman, NUJ Correspondents’ Chapel, appreciated the NSCDC commandant for his promises, and assured him of total support of members of the chapel.

“Let me assure you that we will do all we can, within the limits of our own resources and the ethics of our profession, to support you,” he said.