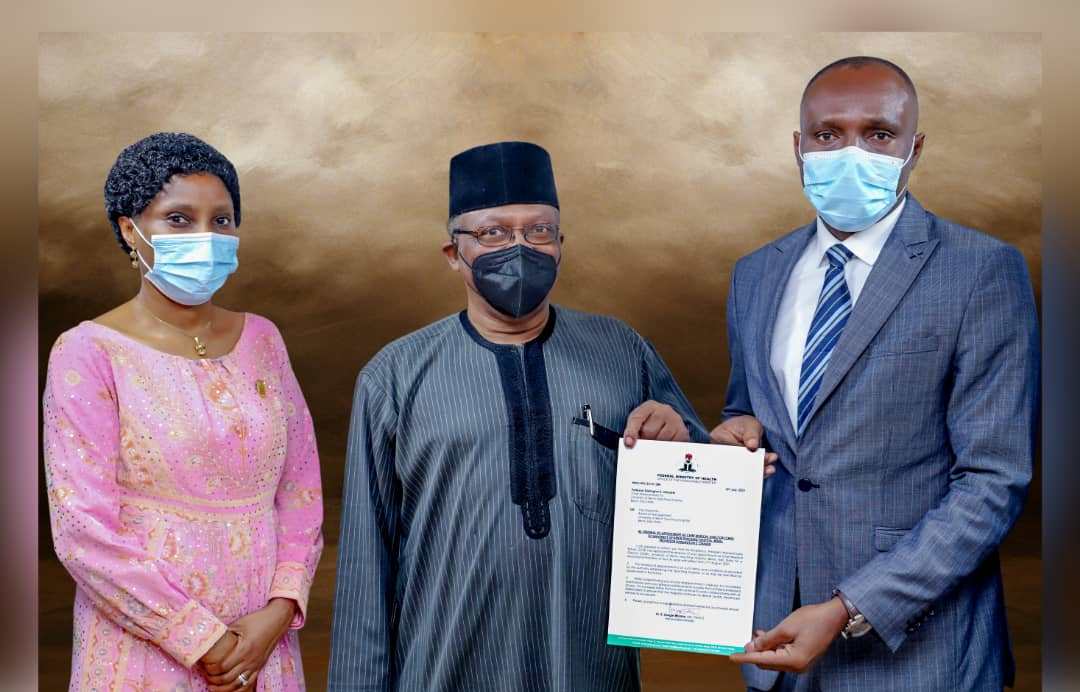 Dr. Adebinmpe, Dr. Ehanire and Prof. Obaseki during his reappointment

The appointment of Prof. Darlington Obaseki, for a second term as Chief Medical Director of University of Benin Teaching Hospital (UBTH), Benin city, has been ratified by President Muhammadu Buhari.

News of his reappointment was contained in a statement on Tuesday by the Hospital’s Head of Public Relations Unit, Barr. Joshua Uwaila.

“The CMD received the letter of appointment for his second term from the Minister of Health, Dr. Osagie Ehanire, in Abuja on Monday.

“Congratulating him, the Minister described the renewal of his appointment by President Muhammadu Buhari, as an attestation that he has performed well during his first tenure.

“Dr. Ehanire urged him not to rest on his oars and work harder to exceed his achievements,” the statement said.

Uwaila in his statement noted that the CMD has since embarked on a massive transformation of the Hospital’s infrastructure and services.