Jeff Bezos back to Earth from Space 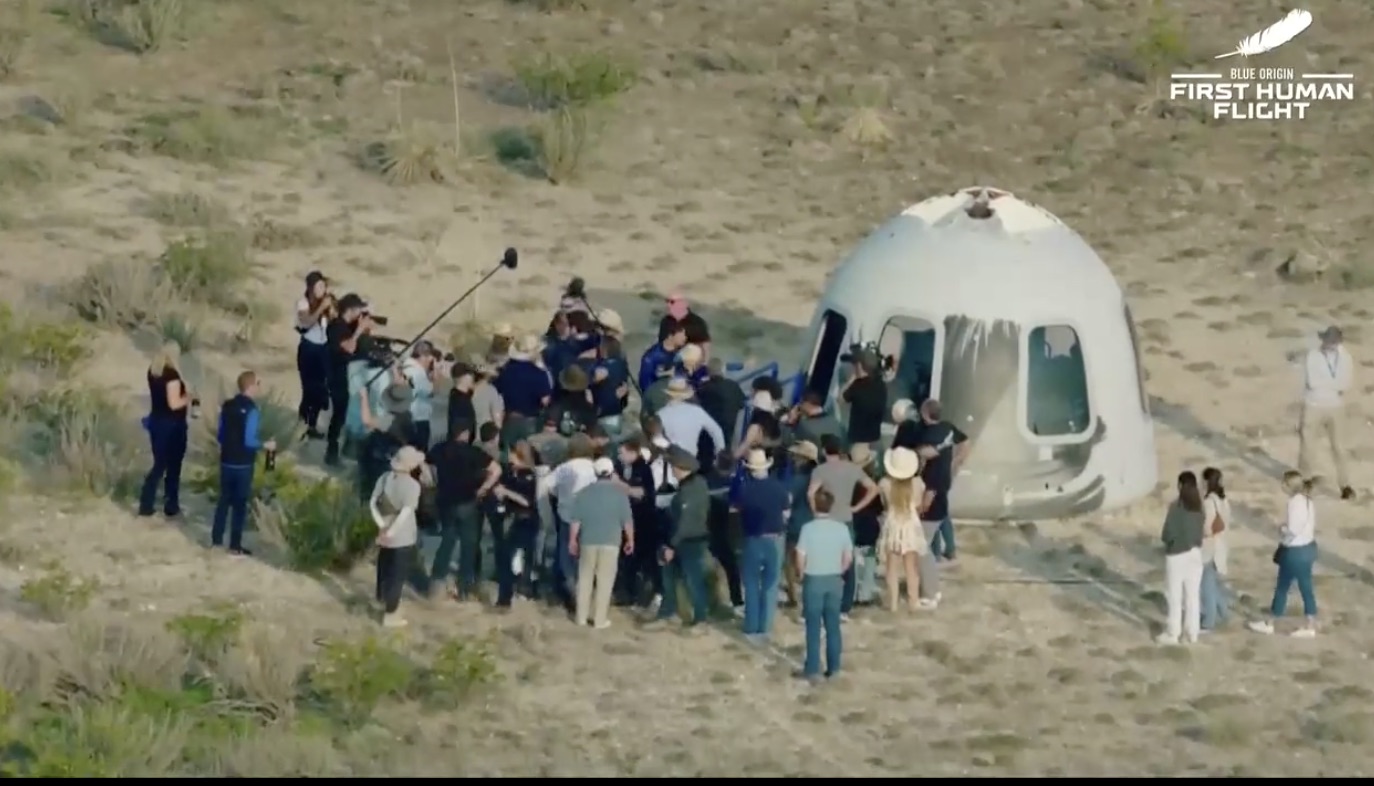 Jeff Bezos Blue Origin Spacecraft on arrival back to Earth

World’s richest man Jeff Bezos and his crewmates returned to the Earth surface safely after rocketing into space Tuesday aboard his Blue Origin spacecraft.

The crew launched from Blue Origin’s Launch Site One facility in West Texas at 9 a.m. ET and were in flight for 11 minutes.

Bezos’ trip comes nine days after Virgin Galactic’s Richard Branson flew to about 85 kilometres in the air aboard a rocket ship he helped fund.

Joining Bezos, age 57, was Oliver Daemen, the 18-year-old son of a Dutch auction bidder, who is the youngest person to ever go to space.

The fourth person on board was Mark Bezos, Jeff’s brother.