Ndume: There’s much to lose if Nigeria is divided 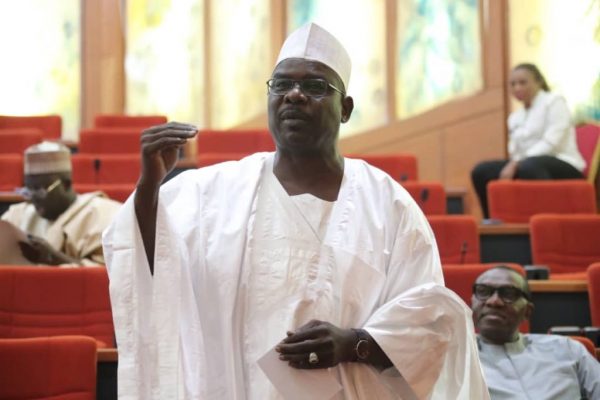 Senator Ali Ndume: There’s much to lose if Nigeria is divided

Senator Mohammed Ali Ndume, the Chairman Senate Committee on Army has advised Nigerians to shun acts that are capable of heating the polity.

The Senator representing Borno South made this known Eid-el-Kabir celebration message to Muslims in his Senatorial zone and across the country.

He particularly enjoined Muslims to imbibe the spirit of unity, tolerance for peaceful coexistence.

He commended them for the roles they have played in sustaining the peace, unity, and development of the nation despite the numerous challenges confronting them.

He noted that the diverse nature of the Nigerian people is the main source of her strength and unity, saying, “We stand to lose a lot if we continue to dwell on what divides us rather than focus on what unites us as people.”

He particularly enjoyed youths who were engaged in the recent farming schemes as well as traders among to make difference in their chosen areas.

He urged the good people of his constituency to continue to rededicate themselves to the onerous task of nation-building.

He explained that the essence of the Eid-el-Kabir festival, which symbolises the voluntary obedience of Prophet Ibrahim (ASW) to the commands of Allah and the demonstration of his faith in his maker must be emulated by all.

Ndume added that he is much committed to the well-being and development of his constituent.

He praised them for their resilience and patient in the face of insecurity.

“I will continue to strive hard to bring government closer to my people and see to their welfare because, we are in this together,” he stated.