NYSC has come to stay - Buhari 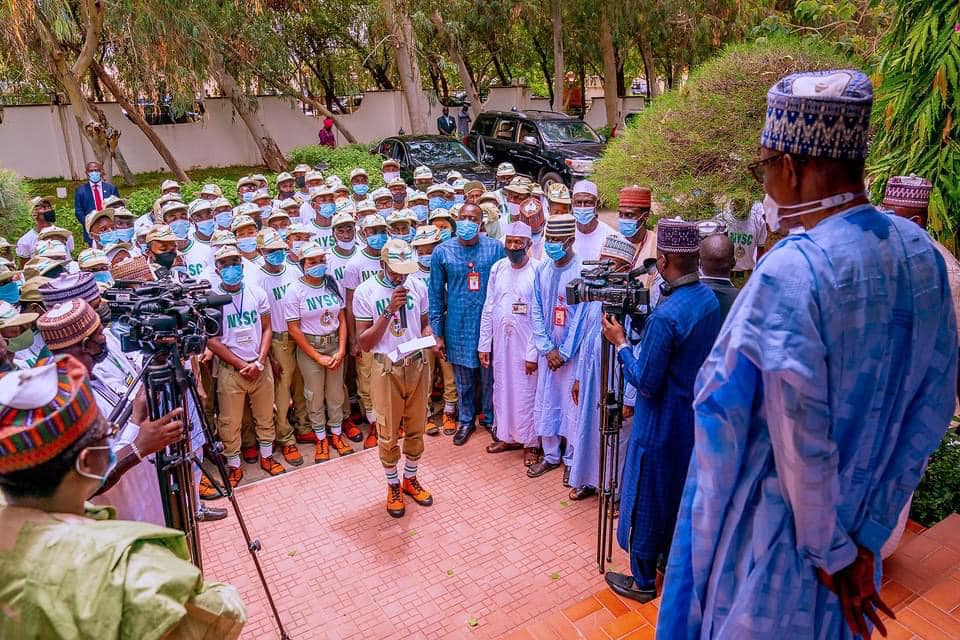 Buhari with the corps members

President Muhammadu Buhari on Tuesday in Daura, Katsina State, expressed his deep attachment to the National Youth Service Corps (NYSC) and the impact so far, saying it broadens the horizon of citizens, opens up opportunities and enhances understanding of cultural differences.

Speaking at his country home to youth corps members serving in Daura, who visited him for Eid-el-Kabir homage, the President said he had consistently commended former Head of State, Gen. Yakubu Gowon for the initiative, which had created more opportunity for uniting the country.

Buhari urged the youth corps members to make the most out of the opportunity of travelling around the country, especially in understanding different climates, cultures, languages and outviews on life.

“Every time I meet with former Head of State, Gen. Yakubu Gowon, like recently, I still commend him for the initiative of the NYSC. The NYSC is spectacular in many ways.

“Some of you have come from Port Harcourt, Lagos and Calabar and you can now feel the heat of Daura and how close it is to the desert,” he said.

The President said the NYSC scheme was well thought-out to unite the country through understanding.

“I feel very strongly about the NYSC and I am wishing you all the very best. I assure you that you will be much better as Nigerians after your experience,’’ he added.

The Corps Liason Officer, Umaru Babayo thanked the President for all the efforts and sacrifices to restore peace in the country, and the policies to diversify the economy, with agriculture as the main driver.

He said the Emir of Daura, Alhaji Faruk Umar Faruk, had shown a lot of kindness and warmth to corps members as well in his domain, appreciating the community for always supporting them.

Babayo assured the President of prayers for a successful time in office, and God’s providence in decision making that will move the country forward.