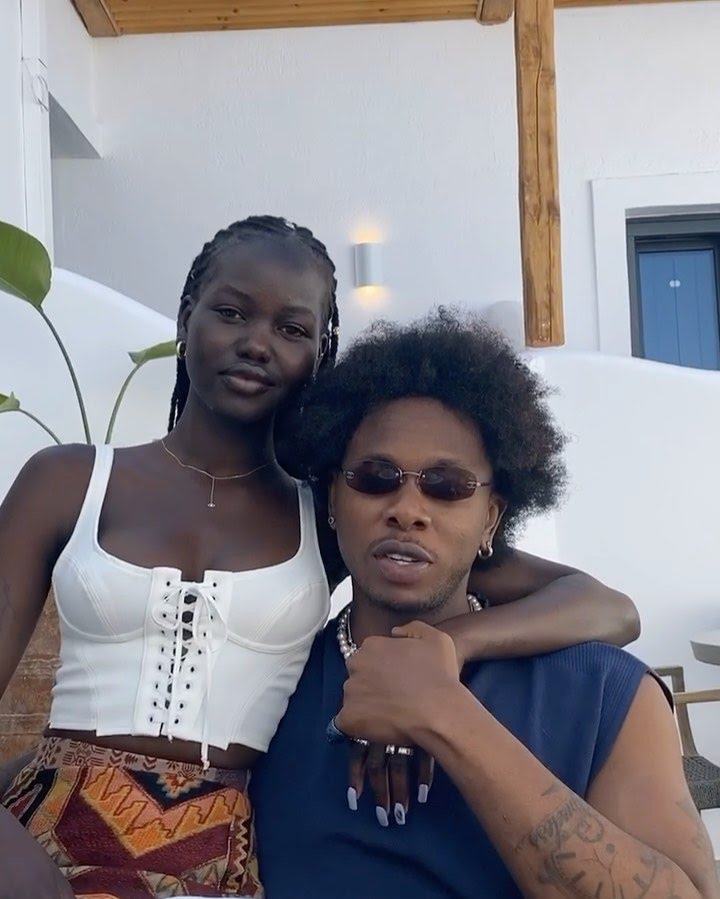 The South Sudanese-born model made this known while answering questions from her fans via her Instagram Stories on Tuesday, July 20, 2021.

The model confirmed the development to a fan who asked if she was single on InstaStory.

“Yes, ma’am single and ready to mingle or whatever they say. Jokes but I’m single,” she wrote. 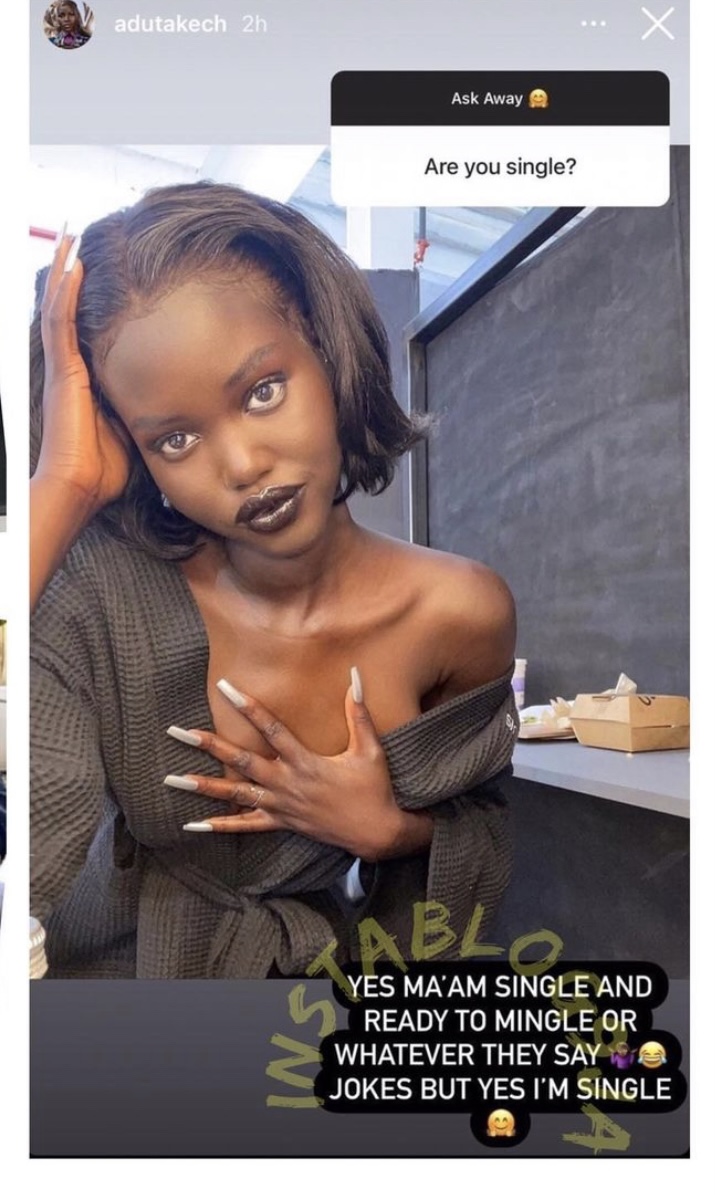 The couple sparked off relationship rumours in July 2020 after a video of the two all loved up made its way to social media.

They confirmed the rumours when the music star gifted the model a promise ring during their trip to France.

In August 2020, the former couple celebrated Runtown’s birthday in Greece.

Akech is a 21-year-old model originally from South Sudan.