Jimoh Ibrahim felicitates with Akeredolu at 65 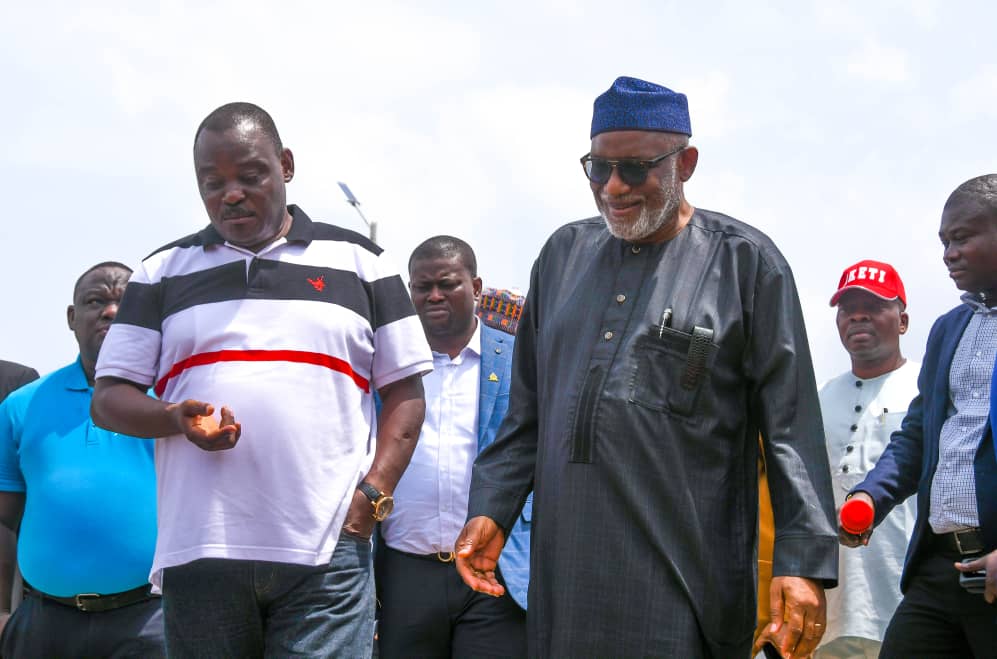 This was contained in his congratulatory message to the governor on his 65th birthday anniversary.

The proprietor of University of Fortune, Igbotako, Okitipupa Local Government Area of Ondo State, noted that he personally attended the Vanguard Newspapers’ Award where the governor was awarded the Governor of the year 2020, because of the kind of personality he is.

Jimoh Ibrahim, one of the greatest investors in the country, stated that Governor Akeredolu has so many reasons to celebrate considering the development he had attracted to the state since he assumed office.

The Harvard graduate said: “I have been close to Governor Oluwarotimi Akeredolu for a long time and have known him to be the focus and resilient in the pursuit of whatever he believes in.

“He believes in a united Nigeria where justice and peace reign supreme. That’s why he’s always found taking a lead whenever there’s a need to protect the interest of the people and the nation at large.

“Aketi has attracted unprecedented huge investment to the state. If you take a look at the industrial park at Ore, many companies engaging in different productions, including automobile assembly are sited in the park.

“Numerous youths are employed by the companies and this has reduced drastically unemployment ratio in the state.

“In the agriculture sector, youths were encouraged to go into mechanised farming by the Akeredolu-led administration through the provision of tractors and other equipment needed as well as seedlings which were provided free.

“I, therefore, want to congratulate him on his 65th birthday anniversary. God shall continue to uphold and lead him in the right path “