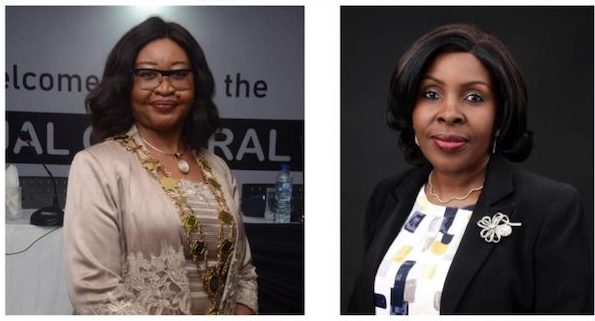 With the trend of appointments, particularly in the private sector, Nigerian women appear to be shattering glass ceilings.

Six women have been appointed to lead six Nigerian banks, among which are Fidelity, GTBank Plc and FCMB.

Others are Suntrust Bank, Unity Bank and CitiBank.

A woman heads the civil service of the Nigerian government. And she actually succeeded another woman.

Ekiti, Kogi, Oyo have women leading the civil service. Lagos had several of them in succession in recent years, until December 2018.

Although there is no female state governor yet, we have had several female deputy governors.

In the past two years, Mrs Toki Mabogunje emerged as President of the Lagos Chamber of Commerce and Industry (LCCI), while Hajiya Saratu Iya Aliyu headed the Nigerian Association for Chambers of Commerce Industry Mines and Agriculture (NACCIMA).

This ascension of women is seen by many as a positive development and a step towards the drive to attain the 35 per cent affirmation as enshrined in the Beijing plan of action.

Globally, women constitute over half of the world’s population and contribute in vital ways to societal development generally, assuming key roles as mothers, producers, home-managers, community organisers, as well as socio-cultural and political activists.

In spite of population advantage of women, the number of women on corporate boards and as CEOs of blue chips is still low.

Mabogunje believes that, though women have come to excel in all walks of life, as scientists, politicians, business leaders, professionals, technocrats, amongst others, progress in Nigeria is slow, particularly in the political space.

Women in the Ninth Assembly account for seven out of 109 Senate members and 13 of the 360 in the House of Representatives.

She said that more room should be given to women, with nominations into elective and appointive positions, to ensure the implementation of the Beijing Declaration, the Sustainable Development Goal on gender equality, and Nigeria’s National Gender Policy and framework.

Mabogunje noted that Nigerian women had proved themselves to be more than capable, qualified and experienced to occupy available positions, and demonstrate their expertise and resourcefulness if given the opportunity.

She recalled the efforts of the Central Bank of Nigeria in 2012 which mandated that each bank operating in the country should publish gender positions of its workforce in its annual reports beginning year end 2013.

This, the LCCI President said, demonstrated that the rise of women to the helm in financial institutions in Nigeria recently was not accidental.

“Nine years ago, policies were put in place at financial institutions that made it possible for competent, experienced, well qualified women to rise to these positions.

“So, the institutions where you see women rising into positions of leadership are institutions that are imbibing a culture of inclusion.

“As a result of this, these institutions are experiencing better bottom line results, market competitiveness and strategic corporate leadership.

“Other corporate entities and organisations that are watching the successes of these institutions are slowly being convinced to open up the leadership space to women,” she said.

Mabogunje charged women to move with the pace of the current knowledge economy made up of intellectual capital, change (uncertainty and risk) and globalisation ruling the world.

“It still happens to be a man’s world; as we continue the struggle for gender equality, women must know that they will probably have to work twice as hard as their male counterpart for the same promotion,” she said.

Adeyemi, newly-elected President, NBCC, believes women should put their best foot forward, as they can do beyond shattering the proverbial limiting glass ceiling.

“For me, successful leadership in general, irrespective of whether you are male or female, entails empowering one’s self and doing what you’re given to do to the best of your ability, not because you’re a woman but because you are an individual of excellence,” she said.