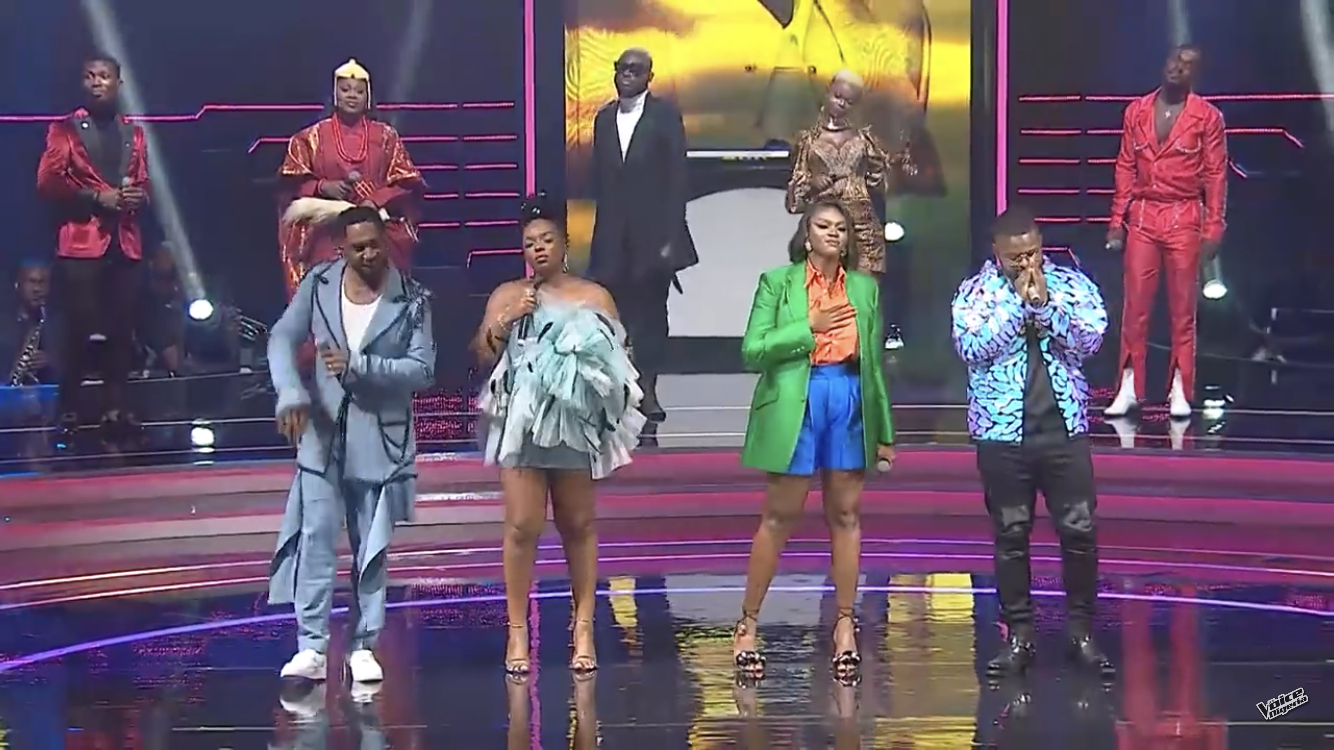 The Voice Nigeria judges and top 6

The Voice Nigeria musical contest, a TV reality show, has entered its final stage with the top six talents seeking viewers and fans’ votes to win the contest.

Naomi Mac, Esther, Dapo, Kitah, Kpee and Eazzie scaled through to the semi-final stage out of the 25 talents who started the contest.

The coaches in the musical contest include popular artistes Falz, Yemi Alade, Waje and Dare.

Dapo and Naomi Mac in Team Falz, Kitay in Team Yemi-Alade, Esther and Kpee in Team Dare and Eazzie in Waje Team scaled through to the next stage by numerous votes from their fans.

The six talents will slug it out among themselves to determine who will scale through to the next stage that will lead to the final.

Nancy Isime, the show’s host, said that all the six talents were in need of the viewers’ votes to increase their chances of climbing to the final stage.

The 17th edition of the reality show saw two talents: Nuel Ayo and Anu, exit the stage, leaving six talents to perform in the next episode.

Each talent needs more votes from their fans to enable them reach the next stage of performance as the contest gets tougher toward the final stage.

Mrs Folake Ani-Mumuney, Group Head, Marketing and Corporate Communications, First Bank Nigeria Ltd, the lead sponsor, said in a statement that, ”The Voice Nigeria 3” was a reality TV show designed to discover and promote talented singers in the country.

According to her, it is to actualise their dreams of becoming international stars which aligns with FirstBank’s commitment to providing a platform for nurturing and showcasing talents and driving social cohesion.

Ani-Mumuney added that the support was a demonstration of FirstBank’s commitment to contributing to the projected revenue of $86 million by 2021 from Nigeria’s music industry.

She said it was aimed at promoting a diversified economy in line with the Federal Government diversification policy.

FirstBank made its unique USSD 894 platform a verifiable avenue for the audience to vote in their favorites team to star prize.