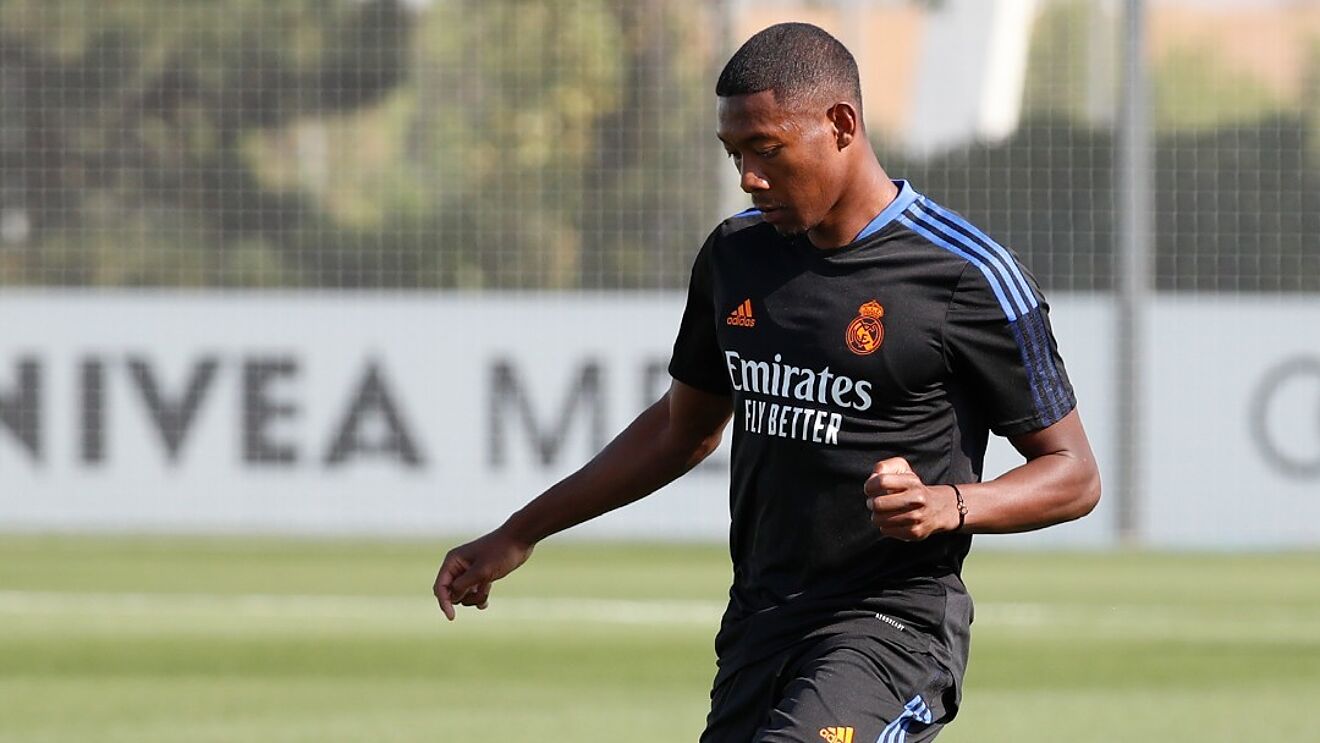 David Alaba during his first training with Real Madrid

It followed his unveiling by the Spanish club on Wednesday.

The versatile defender was handed the No 4 jersey, which was previously worn by Sergio Ramos, who now plays for Paris Saint-Germain.

Alaba’s first training with the club kicked off with a warm-up out on the pitch while the goalkeepers completed a range of specific exercises.

Ancelotti’s team then got into rondos and worked on possession and pressing drills.

The team moved afterward to focus on tactical elements and play various games on reduced-size pitches.

The session finished with a series of sprints which gradually increased both in intensity and distance.