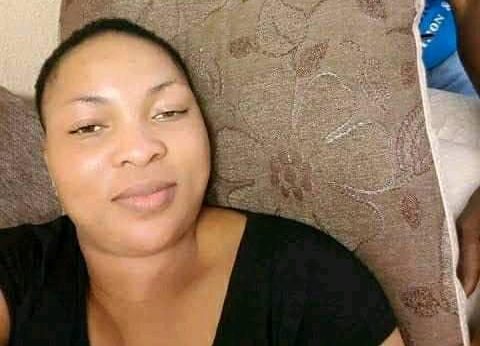 Ropo Adeyemo, wife of Sunday Igboho has been set free by the Cour De’appal De Cotonou, Benin Republic, which is hearing her husband’s case.

The court has also been adjourned till tomorrow, with Igboho ordered to be remanded in custody of Brigade Criminelle in Cotonou.

Igboho is being tried for obtaining a Beninise passport without being a citizen.

After the hearing, the government lawyer didn’t address journalists.

Ìgbòho’s lawyer, however, explained that “this is not the best time to say anything on the case”.

It was learnt his bail application will be heard tomorrow..

The couple were arrested on Monday as they tried to board a flight in Cotonou to Germany.

The arrest was made at Cardinal Bernardin International Airport.

Igboho was arrested with a Beninois passport claimed to be fake.

Both husband and wife were brought to court today.

Lawyers to Igboho are yet to respond to P.M.News request for the full proceeding in the court.