Bishop Oyedepo: Why I sacked 40 pastors 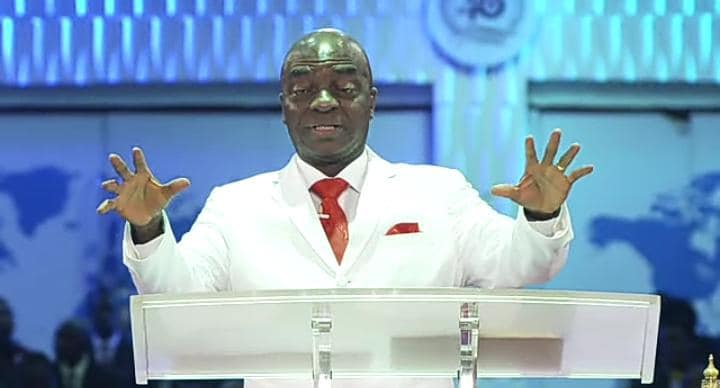 Founder of Living Faith Church Worldwide, Bishop David Oyedepo has explained and justified the sacking of 40 pastors by his church.

The cleric on Wednesday while addressing his congregation rubbished reports that he sacked the pastors because they did not generate enough income into their branches.

He said that the only criterion for their sack was how many souls they won in the church.

He said the pastors were sacked because they were unfruitful.

Bishop Oyedepo faulted why social media was quiet when the church employed 7000 pastors at once.

“The pastors were asked to go because they were unfruitful.

“Many of the churches built can never pay for the church building in 30 years. We have no patience for failure here”, he said.

The cleric said that the church has built over 1,000 branches in rural areas at a cost N14 million each.

He said the church was after souls and not income.

“People are confused about our Ministry. I learnt some fellows said, “you know, they are not bringing income, that is why they asked them to go, he said.

“We asked you to go because you are unfruitful. Unfruitful! Blatant failure. Doing what there? We have no patience with failure here.

“When we employed 7,000 people at a time, Social Media was dead.We have more employees in this Organisation than most of the States.