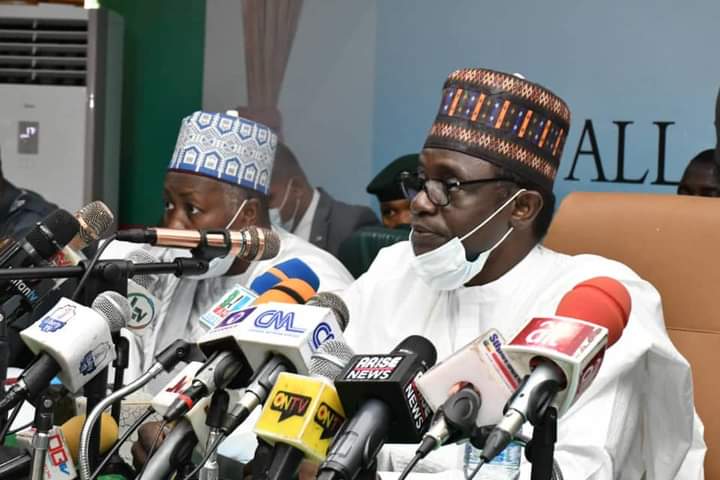 Governor Mai Mala-Buni of Yobe has commiserated with the victims of the Jakusko flood disaster in the Jakusko Local Government Area of the state.

Ahmed also revealed that five persons lost their lives in a suspected cholera outbreak between Sunday and Tuesday in Girgir town in the area.

Mala-Buni made his feelings known in a statement by his Director-General Press and Media Affairs, Alhaji Mamman Mohammed, on Thursday in Damaturu.

He assured the victims of the government’s support, and directed the state Ministry of Health and State Emergency Management Agency (SEMA), to provide emergency support to the victims in Girgir and Jakusko.

The governor also directed SEMA to provide the victims with relief materials to cushion their hardships and compile a comprehensive report on the destructions and the assistance required.

Mala-Buni charged residents in the area to also support the victims who lost their houses and farmlands to the flood disaster.

“We should be our brother’s keepers and complement government efforts to make the victims comfortable,” the governor was quoted as saying the statement.

He appealed to the people in flood-prone areas to vacate waterways to ensure the free flow of rainwater.

The governor further directed the Agency to clear drains and waterways to ease the flow of water, to forestall future occurrences of the disaster, while investigation on the suspected case of cholera was ongoing.

He prayed Almighty Allah to grant the state and nation a safe, rewarding and fruitful harvest season.