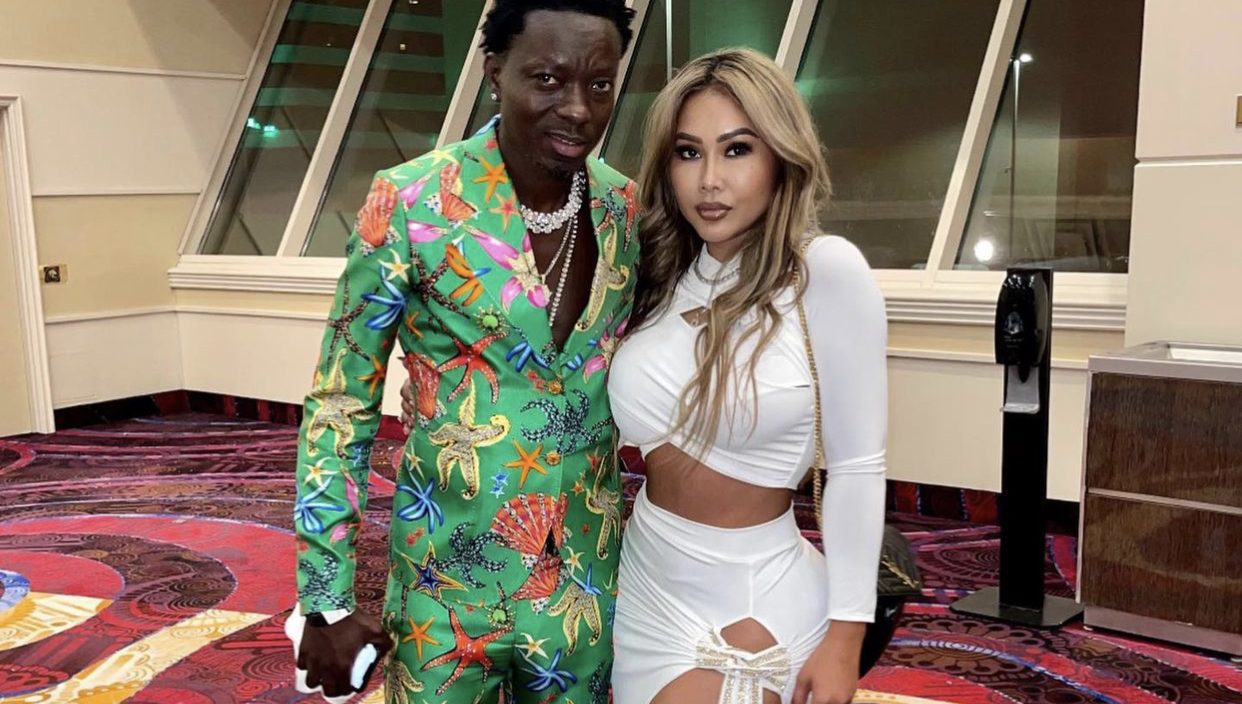 Ghanaian-American comedian and actor Michael Blackson has surprised his girlfriend, Rada with a live radio proposal.

The actor who was a guest at the popular American radio show, The Breakfast Club, went down on one knee and popped the big question to his girlfriend after the show host Charlamagne asked if he would propose to her towards the end of the interview.

Sharing why he decided that this was finally the woman he wanted to be with for the rest of her life, the comedian expressed that her loyalty was the thing that really made him want to pop the question.

“Meet the future Mrs.Blackson @mzradadarling. Ladies men look for loyalty, regardless of what we put you thru stay loyal to your man because we are fuck ups but we will eventually do the right thing. Nothing good come easy so trust in God and what’s meant to happen will happen.

“I’m blessed to have Rada by my side, she’s the definition of a great woman. Most of my haters call her a gold digger but believe me Rada has never asked for penny from me, she’s very independent, and she’s actually the one that takes care of me plus I’m allowed a side chick a month. Lol,” he wrote.

Rada, a realtor later took to her Instagram page where she expressed shock at the proposal.

“I had no idea this was going to happen….I thought he was going to ask me about side beeches 🤣 @breakfastclubam are my witnesses …. I ate my vegetables for the day and said yes to karats 🥕,” she wrote.