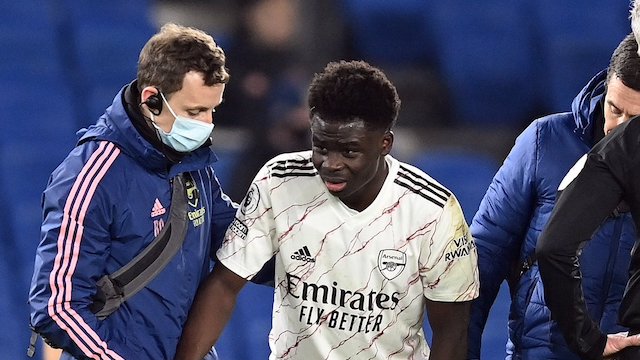 Former Arsenal star Mesut Ozil said Bukayo Saka deserves respect for stepping up in England’s Euro 2020 final penalty shoot-out defeat to Italy and has urged the teenager to stay strong in the face of racism.

Saka missed the decisive penalty and was subjected to racist abuse on social media following the game along with team-mates Marcus Rashford and Jadon Sancho, who were also unable to convert from the spot.

Former Arsenal playmaker Ozil empathised with Saka over his penalty shoot-out heartbreak and offered his support to the 19-year-old in an exclusive interview with Sky Sports News.

“I felt very much for Bukayo,” said Ozil. “I know from my own experience how it feels to miss a penalty.

“In a final, as the last one, to take on the responsibility of an entire nation as a young player – respect. Not many players would dare to do that.”

Ozil, who played for Germany between 2009 and 2018, retired from international football citing racist abuse.

At the time he tweeted: “I am German when we win, but I am an immigrant when we lose,” – a message that was echoed by many in response to the racist abuse aimed at England’s young black players.