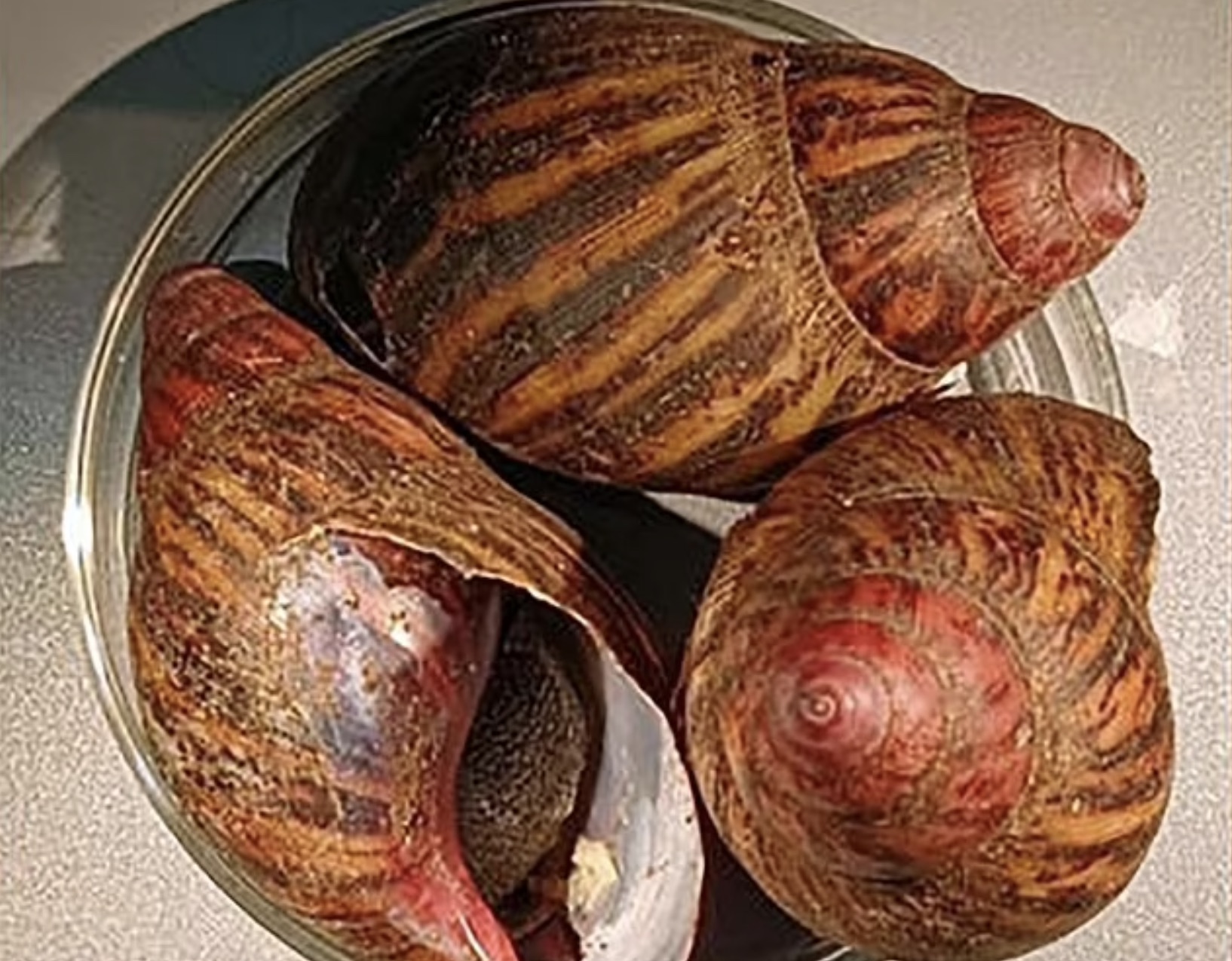 The Nigerian giant snails said to cause rare form of meningitis

By Abankula with Mail Online

Officials at the George Bush International Airport in Houston, United States have seized 15 Nigerian giant land snails, over fears that they can cause a rare form of meningitis in humans.

The snails were brought into Houston by a Nigerian woman, who initially did not declare them.

The snails, which were inside three zip-locked plastic bags, along with a quarter-pound of beef and fresh leaves, were impounded.

They were turned over to US Customs and Border Protection, which announced the forfeiture on Tuesday, reports Mail Online.

The snails were eventually handed over to the US Department of Agriculture, which identified the snails as Banana Rasp Snails.

‘Our agriculture specialists remain vigilant in protecting the U.S. from foreign animal and plant disease that could threaten U.S. crop production and livestock industry or be transmitted to humans,’ said Houston CBP Port Director Shawn Polley in a statement.

Why the giant snails scare America

According to the USDA’s website, land snails were first spotted in southern Florida in the 1960s and it took nearly 10 years and $1 million to rid the area of them.

‘Giant African Snail (Lissachatina fulica or GAS) is one of the most damaging snails in the world because it consumes at least 500 types of plants and can cause structural damage to plaster and stucco structures,’ the USDA said.

‘This snail can also carry a parasitic nematode that can lead to meningitis in humans. One of the most damaging snails in the world.

GAS reproduces quickly, producing about 1,200 eggs in a single year.’

They can reach almost 8 inches in length and 5 inches in diameter, ‘about the size of an average adult fist,’ the USDA added.

‘Each snail contains both female and male reproductive organs. After a single mating, each snail can produce 100 to 500 eggs. These snails can reproduce several more times without mating again. They can generate clutches of eggs every 2 to 3 months.’

Not only are the giant land snails considered a threat to the environment, feeding on peanuts, beans and even paint and stucco on houses, they are a dangerous threat to humans, causing meningitis due to the fact they carry a parasitic nematode.

Parasitic meningitis is less common than viral or bacterial meningitis, but it can impact the brain and nervous systems, resulting in headaches, stiff necks, vomiting and sometimes, death, according to the Centers for Disease Control and Prevention.

This is not the first time giant land snails have been found in Houston – in 2013, a woman spotted this type of snail in the backyard of her Houston-area home, according to Click2Houston.