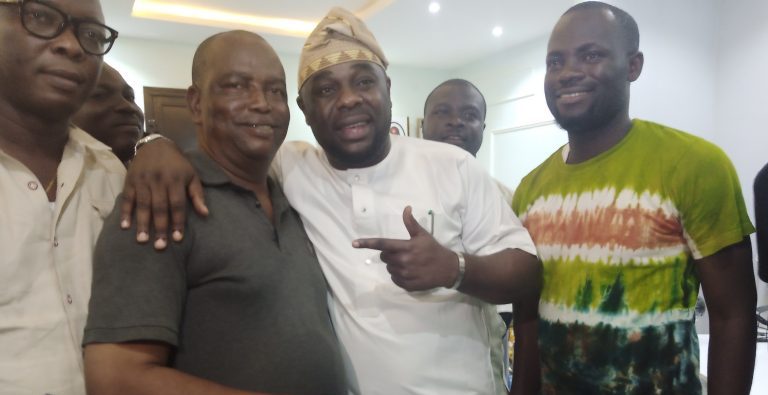 The All Progressives Congress (APC) appeared set for a landslide in the Lagos council elections held Saturday, as the results trickled in.

In the results declared by the Lagos State Independent Electoral Commission on Saturday night, APC candidates swept all the chairmanship and councillorship posts.

Candidates of the opposition PDP were beaten in all. They failed to create any upset.

In Badagry, the APC candidate, Olusegun Onilude was re-elected as chairman of Badagry Local Government.

The returning officer Edward Odukomaiya also announced that all the 10 councillorship seats were won by the APC.

Mr. Mr Shamsideen Ladega, who served as the returning officer in Epe, declared Ms Surah Animashaun of the APC winner of the chairmanship election.

Surah is the daughter of Oba Kamorudeen Animashaun of Epeland.

According to Ladega, she scored 11,232 votes to floor the Peoples Democratic Party(PDP) candidate who scored 896 votes.

Dele Oshinowo, also of the All Progressives Congress (APC) prevailed in the election in Agboyi-Ketu Local Council Development Areas (LCDAs)

Mrs Omoniyi Odufuwa, the LASIEC Local Government Collation and Returning Officer for the election, declared the result at the collation centre situated at Agboyi-Ketu LCDA Secretariat at 11 p.m. on Saturday.

Declaring the winner, Odufuwa said: “I, Odufuwa Omoniyi Adebukola, hereby declare Oladele Oshinowo of APC, the winner of the chairmanship election of Agboyi-Ketu LCDA having complied with the requirements of the law and scored the majority number of votes.

“The aforementioned is hereby elected and returned.”

According to her, the APC candidate, Oshinowo, polled 26,771 votes to beat his closest rival, Mr Oluwole Dahunsi of the Peoples Democratic Party (PDP), who got votes, 2,749 votes.

According to Metilelu, the candidate of the Peoples Democratic Party(PDP), Mr Hassan Rafiu, had a total of 1497 votes, while Mr Wasiu Adesina of APC had 4729 votes.