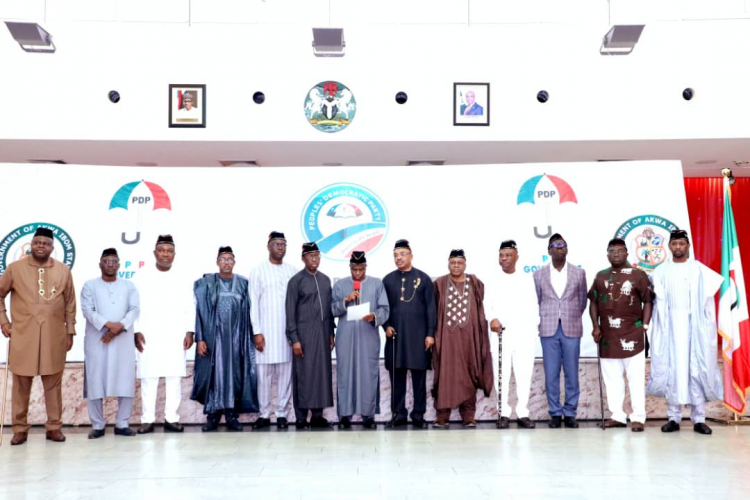 Governors elected under the platform of the Peoples Democratic Party (PDP) will on Monday meet in Bauchi, to deliberate on unemployment and the state of the Nigerian economy.

Maduabum said that PDP governors would, at the meeting, examine and deliberate on the current state of the nation, and the state of their respective States.

He said the health of Nigeria’s democracy, including the Electoral Act Amendment, Constitution alteration bills, pending before the National Assembly, would also feature in discussions at the meeting.

Maduabum said the meeting would continue to interrogate the Federal Government’s response to insecurity that was still pervading the country and proffer workable solutions.

The DG said that the governors would continue to benchmark and exchange information and ideas on best practices on various aspects of governance in their respective states, which had become major beacons of light, delivering substantial democracy benefits through projects and policies impacting on the lives of Nigerians.

“The Governors will also receive Reports of some of the committees working on various aspects of party repositioning, including the e- Registration programme of the Party.”

Maduabum said that the Bauchi State Governor, Sen. Bala Mohammed, would be the Chief Host, while the Forum Chairman, Hon. Aminu Tambuwal, would preside over the meeting.