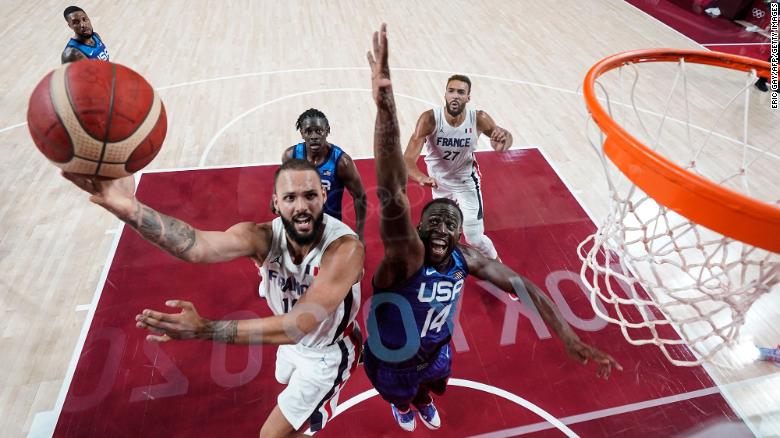 The U.S lost Tokyo Olympic men’s basketball match for the first time in 17 years on Sunday, with a 76-83 loss to France.

The American team led by eight points at half-time, but the French roared back in the third quarter where Kevin Durant ran into foul trouble.

The French won the quarter 25-11 and then ended the match with a 16-2 run for an impressive victory after the Americans had briefly regained their composure.

Evan Fournier led France with 28 points while Jrue Holiday (18) and Bam Adebayo (12) were the best scorers in the U.S team.

“I mean it’s great, but until we have what we want to have around our neck, it doesn’t really matter,” French player Rudy Gobert from NBA side Utah Jazz said.

“Every single guy that came in the game brought us something —— with scoring, without scoring on defence, on rebounds. It’s really the team that we want to be and it’s exciting for the rest of the tournament.”

The last U.S Olympic loss was in the Athens 2004 semi-finals against Argentina.

The American class of 2021 appears not as strong as past U.S sides since professionals joined in 1992, and had lost tune-up games against Nigeria and Australia.

The other teams in Group A are Iran and the Czech Republic, with the Czechs winning that game 84-78.

Group B also got going with Germany opening their first Olympic campaign in 13 years with an 82-92 loss to Italy.

Alba Berlin’s Maodo Lo scored 24 points but Germany, who led for a long spell in the game, eventually fell decisively behind at the arena in Saitama, north of Tokyo.

“Today is a setback, but we can definitely take motivation for the next game,” said Germany’s Johannes Thiemann.

Germany, without NBA star Dennis Schroeder for insurance reasons, next face Nigeria who lost 67-84 to Australia.