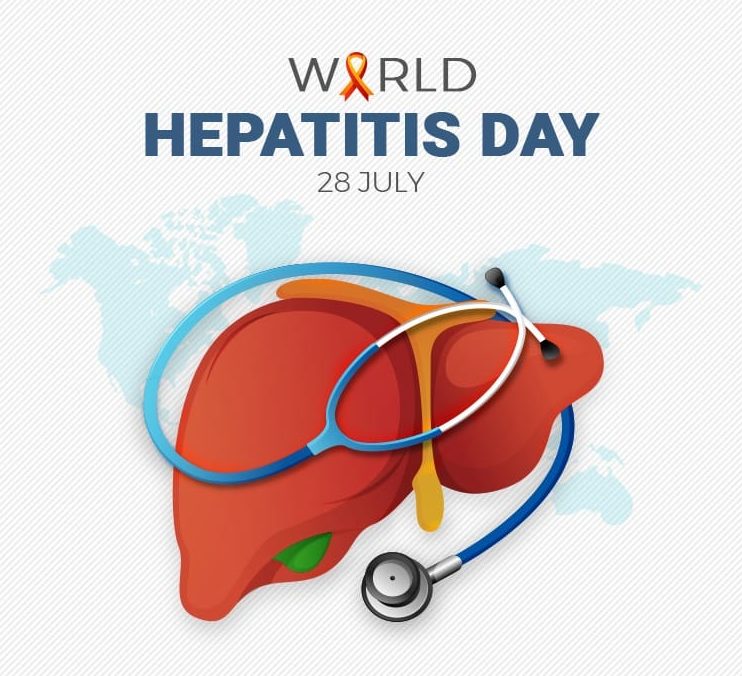 Hepatitis kills more than 124,000 Africans each year because it is undiagnosed and untreated, the World Health Organisation said.

Dr Matshidiso Moeti, WHO Regional Director for Africa, said this in her message to commemorate World Hepatitis Day, 28 July.

The day is set aside by WHO to increase awareness of the disease, the silent epidemic ravaging Africa.

Moeti said that the disease inflames the liver and can lead to liver cancer and cirrhosis.

He called on all countries to rapidly improve access to services to prevent, diagnose and treat the disease.

Hepatitis is a silent epidemic with more than 90 million people living with the disease in Africa, representing 26 per cent of the global total.

Around 4.5 million African children, under five years, were infected with chronic hepatitis B, reflecting an enormous 70 per cent of the global burden in that age group.

Moeti said that the global target of less than 1 per cent incidence of hepatitis B in children under 5 years has been reached, but the African region was lagging behind at 2.5 per cent.

‌She said that most of such cases could be prevented by eliminating the Mother-To-Child Transmission (PMTCT) of the disease, during or shortly after birth and in early childhood.

“Key interventions against hepatitis B include vaccination at birth and in early childhood, screening pregnant women, and providing timely treatment,’’ Moeti said.

She said that countries are being encouraged to integrate the hepatitis B PMTCT in the ante-natal care package together with the HIV and Syphilis PMTCT programme.

Only 14 countries in Africa are implementing the hepatitis B birth-dose vaccine.

“Among people who are infected, nine out of 10 have never been tested, because of limited awareness and access to testing and treatment.

“Even among countries offering hepatitis B birth-dose vaccine, health systems are facing challenges in ensuring pregnant women and mothers are tested and that those who test positive are treated.

“At the same time, there are many promising developments on hepatitis.

“With the launch of the first global strategy on hepatitis in 2016, along with increased advocacy in recent years, political will is starting to translate into action.

“Hepatitis medicines have also become much more affordable, with prices as low as $60 dollars per patient for a 12-week treatment”, she said.

Moeti said that African heads of states had committed to addressing viral hepatitis as a public health threat in the Cairo Declaration in February 2020.

The Egyptian Initiative plans to provide hepatitis C treatment for one million Africans.

“Apart from them, Rwanda, Uganda and Benin have established free testing and treatment programmes for hepatitis and 16 other countries are starting pilot projects in that direction.

“To guide action on hepatitis, 28 African countries now have strategic plans in place and at the global level WHO guidelines were launched in 2020 on prevention of mother-to-child transmission of hepatitis B,’’ Moeti said.

She added that the WHO Regional Office for Africa was developing training materials in order to help countries implement the five hepatitis core interventions and decentralise diagnosis and treatment.

Moeti, therefore, called on all stakeholders in maternal and child health to consider how hepatitis could be integrated into existing initiatives.

She said health systems play a vital role in preventing transmission by making sure blood donations were screened and syringes were used only once and then safely disposed of.

She also called on individuals to seek testing and treatment for hepatitis and to learn more about the disease so as to end the silent epidemic.

“Hepatitis is an inflammation of the liver that can lead to severe liver disease and cancer.

“There are five different types of viral hepatitis, from A to E.

“They are triggered by viruses that are not related to each other,’’ WHO stated.

Hepatitis D only developed in people who have hepatitis B.

Hepatitis B and C are the most widespread and one of the main causes of liver cirrhosis and liver cancer.

According to WHO, estimated 354 million people worldwide live with chronic hepatitis B or C.

Although the diseases can be cured, there is a problem with diagnosis.

According to WHO estimation in 2019, only 21 per cent of people with chronic hepatitis C knew they were infected.

For hepatitis B, it is only 10 per cent of the infected persons knew of their infections.