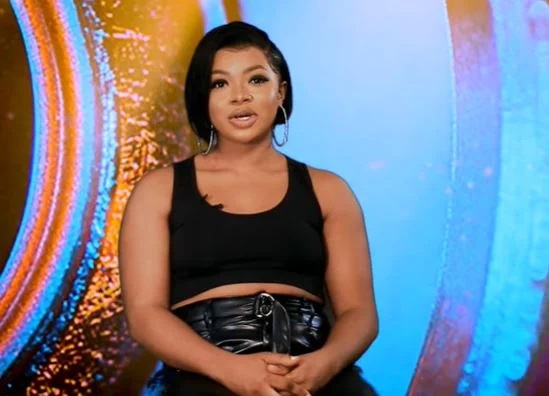 Big Brother Naija housemate, Liquorose has explained why she broke down in tears during the house party on Saturday.

The professional dancer had a moment for herself during the party as she left the party to the room to shed tears.

During her interaction with Emmanuel and Yerins who cheered her back to the party, Liquorose said she was crying because she was happy.

She said she was not sad but can’t believe she got into the Big Brother Naija house.

Liquorose made the headlines after she revealed that she started applying makeup at primary two.

A lot of fans were amazed when the house mate made this revelation about herself.

She said she used to feel like she was not beautiful while growing up which made her begin applying makeup at that level.

Liquorose, however, revealed that she changed those thoughts about herself at Junior Secondary School three, when she started receiving love letters from boys.

Sunday would mark the first live show for the housemates after they got into the Big Brother house.

The two wildcards, Maria and Pere, would also be revealed to the other housemates.