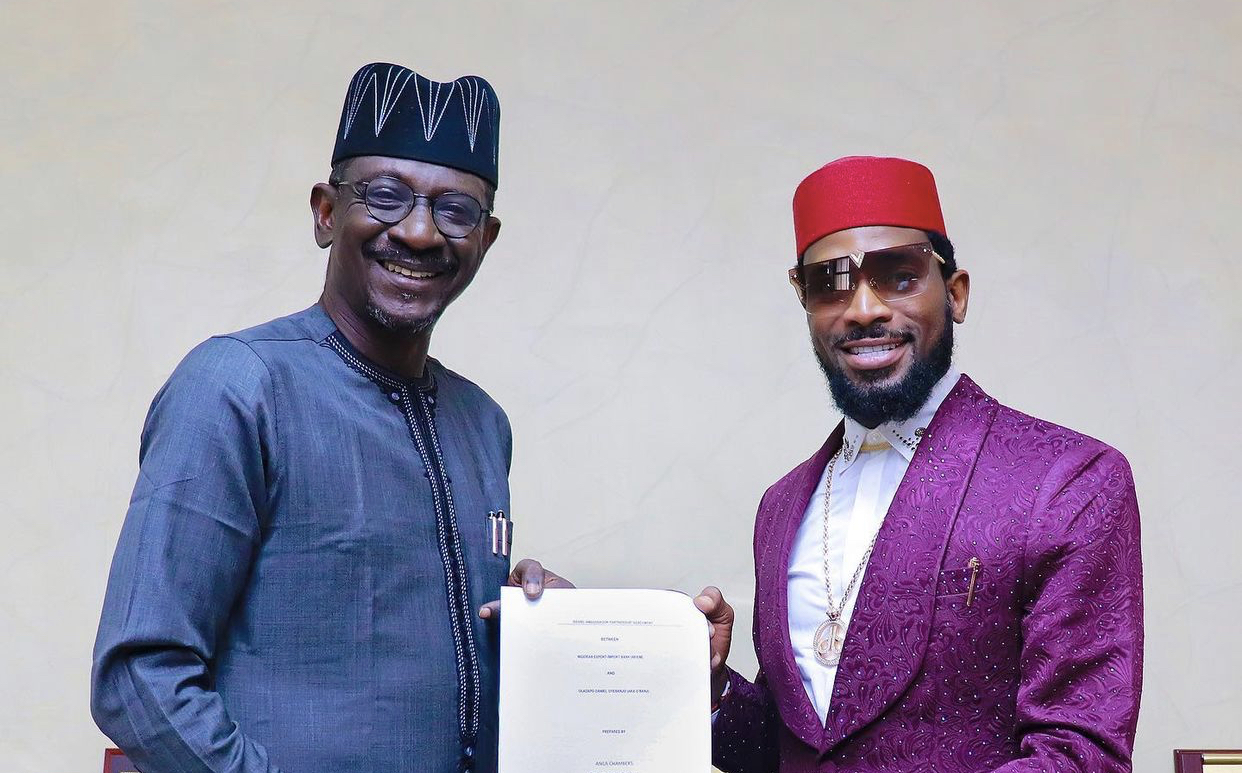 The Koko Master singer disclosed the new development via its official Instagram page on Tuesday after signing the deal at the bank’s head office in Abuja.

According to the bank, the partnership deal was in order to further create awareness and sensitization for the Bank’s newly launched products; the Women and Youth Export Facility (WAYEF) and the Small and Medium Enterprise Export Facility (SMEEF) initiatives.

The initiatives; Women and Youth Export Facility (WAYEF) and the Small and Medium Enterprise Export Facility (SMEEF) are aimed at empowering women and young creatives in the entrepreneurial sector.

D’banj also described the new deal as an opportunity to make ‘an impactful difference in the lives of women and young creatives’.