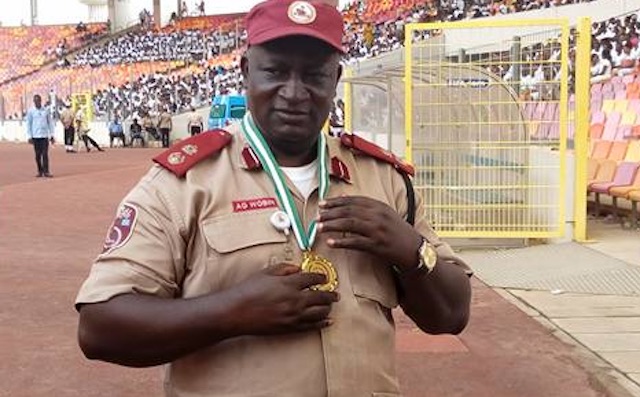 He thus called on passengers to caution their drivers whenever they attempt to break traffic rules and regulations.

Wobin, made the call in Jos during two familiarisation visits.

He also called for stronger synergy with all sister agencies towards reducing road crashes.

Wobin, in a statement on Tuesday in Abuja, signed by the FRSC Acting Zonal Public Education Officer, Mr Nasiru Musa, identified key areas of collaboration to include intelligence gathering and sharing.

According to him, they can also collaborate in the areas of capacity building, public education, advocacy, sports and giving back-up to FRSC operatives on patrol.

Wobin, who pledged to strengthen inter-agency collaboration with sister agencies in the zone made up Plateau, Benue and Nasarawa, said it was needed to enhance security in the area.

He reiterated the corps mandate and the effort to combat ills on the highways through routine patrols.

He said that the mandate included ensuring that vehicles were not overloaded as the new variant of COVID-19 was surging in the country.

In his words : “Our patrol teams have been directed to enforce strictly approved protocol for travellers, transporters and fleet operators to promote safety and improve the health of the travellers, ” he said.

The ZCO admonished the motorists to be careful and maintain their vehicles and imbibe good driving culture at all times, especially now that the rainy season has set in.

He urged motorists to ensure that their vehicle tyres and wipers were in good condition while enjoining them to always fasten their seat belts.

The FRSC boss expressed appreciation to the Commander, Operation Safe Haven, Commander 551 NAF Station and their teams for sustained synergy with the FRSC over the years.

Wobin appealed for more of such collaborations as a platform to effectively police motorists in a quest to enhance safety and security in the Zone.

Responding, the Commander, Operation Safe Haven, commended the FRSC for its good work.

He showered accolades on FRSC’s mode of operation, pointing out that his men always supported road safety officials whenever accident occurred.

He promised greater collaboration with the FRSC.