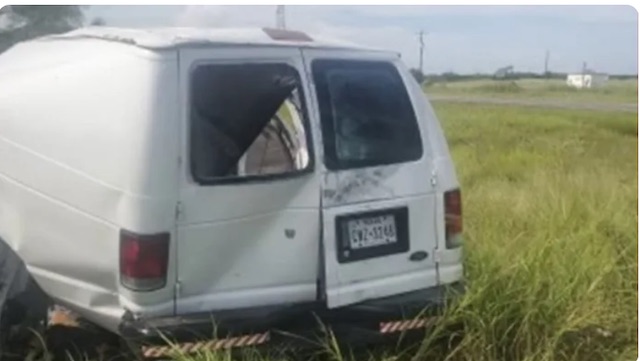 Ten people were killed and 12 injured on Wednesday when a van carrying 25 migrants crashed in southern Texas, about 90 miles (150 km) from the United States-Mexico border.

According to local media, the crash took place around 4 p.m. when the van went out of control on Highway 281.

The highway is south of the town of Falfurrias in Brooks County, Texas, local KRIS-TV reported.

The van was top heavy and tipped over after it struck a curb, Brooks County Sheriff Urbino Martinez told MyRGVNews.com.

The driver was among those killed.

A spokeswoman for Texas Department of Public Safety said she had no immediate information on the incident.