5 corps members who died on way to camp buried 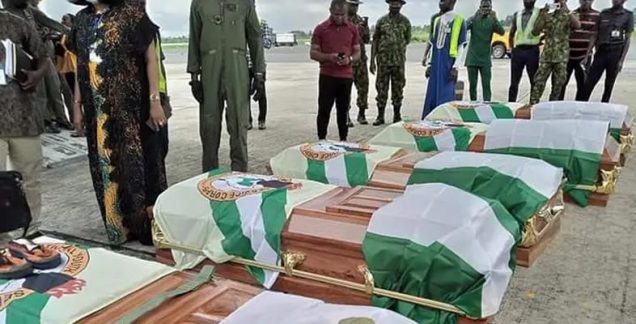 Remain of deceased corps members laid to rest in Uyo

Five prospective corps members who died in an auto crash while going to Kebbi have been buried.

The five were laid to rest in Uyo, capital of Akwa Ibom State amidst tears from friends and family members.

They all died on Wednesday, 28 July along the Abaji- Kwali express.

They were traveling to the Kebbi State National Youth Service Corps orientation camp from Uyo.

Their bodies were taken back to Uyo in a military jet marked NF917.

The state governor, Emmanuel Udom, described the death as a painful one.

He prayed to God for fortitude for their families to bear the loss.