Tambuwal calls for calm amidst resignation of NWC members 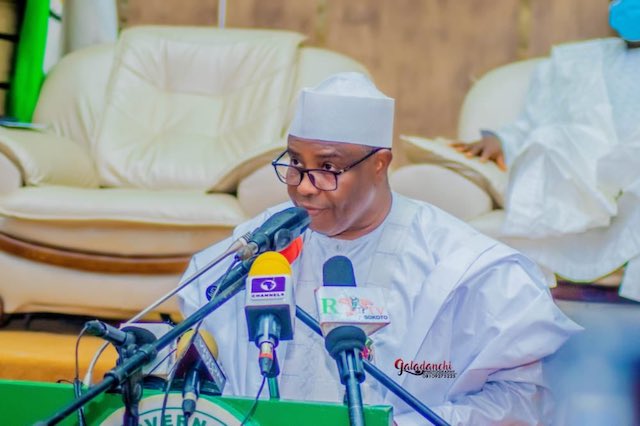 Aminu Tambuwal, Governor of Sokoto State and also Chairman of the Peoples Democratic Party (PDP) Governors Forum  has called for calm after the resignation of seven members of the party’s National Executive Council.

The Governor called for calm in a statement on Tuesday by his Special Adviser Media and Publicity, Muhammad Bello as he reacted to the resignation.

He assured stakeholders in the party that the PDP Governors forum has not been detached from the challenges of the party.

Tambuwal said governors in the party have been working at the background to bring the problem under control.

He also said the PDP governors forum has scheduled an emergency meeting to chart a way forward.

The sokoto governor said that PDP is the only hope for good governance in Nigeria.

Tambuwal also expressed regret over the rumbling in the party as he called on members to be calm in the face of the current crisis.