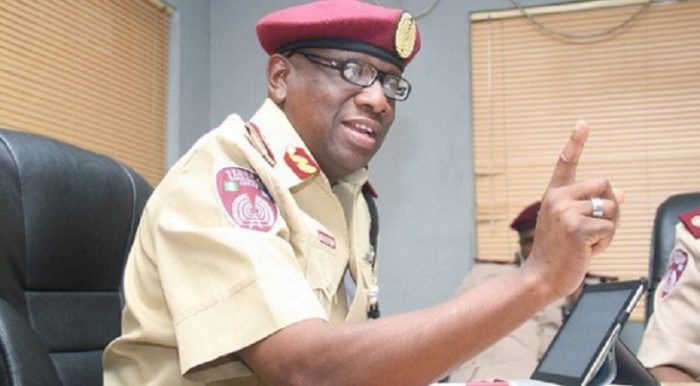 FRSC Board Chairman, Alhaji Bukhari Bello, disclosed this in a statement by the Corps Public Education Officer, Assistant Corps Marshal Bisi Kazeem on Wednesday in Abuja.

Bello, who oversaw the promotion exercise, urged the newly promoted personnel to be more diligent and to rededicate themselves to achieving the organisation’s corporate mission.

He said that eradicating road traffic crashes and creating a safe motoring environment were the mandate of the organisation.

Oyeyemi enjoined the promoted personnel to be more committed and to put in their best, stressing that their new ranks called for more focus, dedication and commitment.

The statement also said that the FRSC reviewed the first and second quarters performance of the National Drivers Licence Identity Management and Card Production System.

Oyeyemi pledged the corps determination to enhance the system and make it easier for motorists to acquire driver`s licence, irrespective of their locations nationwide.

According to him, to enhance the general performance of the system, the corps is keen on providing mobile workstations where driver’s licences can be processed.

“This move is geared towards entrenching ease of doing business, encourage patronage and ensure the eradication of encumbrances encountered by applicants, especially in remote areas.