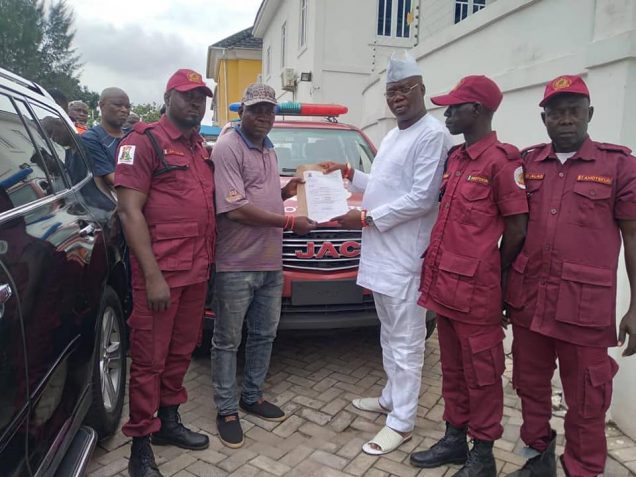 Governor of Oyo State, Seyi Makinde has nominated Aare Onakakanfo of Yorubaland, Gani Adams as an ambassador of the Western Nigeria Security Network, known as Amotekun.

The Yoruba generalissimo was also presented with an Amotekun van and three officers of the corps to be part of his entourage.

According to Comrade Akinro Kazeem, leader of the Oyo state Amotekun team, the move by the Oyo governor was in line with the governor’s resolve to rid the state of crime and insecurity.

Gani Adams who received the Amotekun officials and van in his Lagos residence promised to use his office as Aareonakakanfo to complement government’s effort in fighting insecurity.

He also said that security of the state remains the topmost priority of every government.

He also called on other governors in the region will replicate the Oyo governor’s gesture especially at this time when the region is faced with various security challenges.