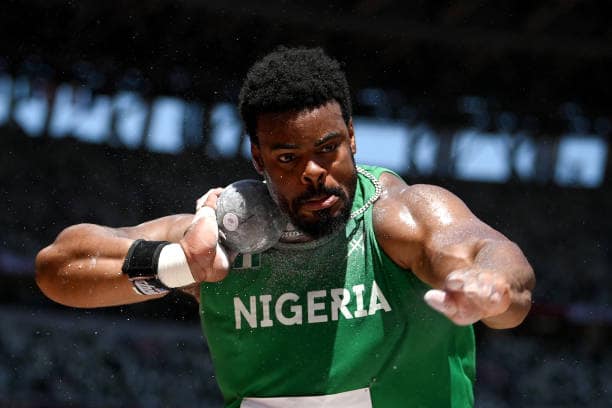 Nigeria’s Chukwuebuka Enekwechi on Thursday failed to impress in the final of the men’s shot put event at the 2020 Olympic Games in Tokyo.

Ryan Crouser of the U.S set a new Olympic record in the event with a throw of 23.30.

His compatriot, Joe Kovacs, won the silver medal with 22.65 while Tomas Walsh of New Zealand won the bronze with a season best 22.47.