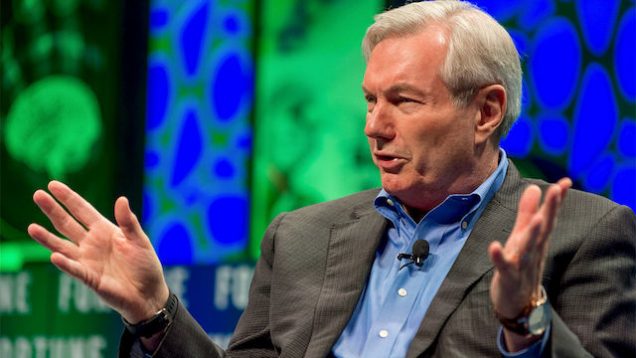 A top scientist, Michael Osterholm has said masks made of cloth sheets cannot protect people from the COVID-19 Delta variant.

Osterholm, an epidemiologist and director of the University of Minnesota Center for Infectious Disease Research and Policy, gave the warning as some US states and cities face the potential of a mask mandate in response to the Delta variant.

In an interview with CNN, he said: “When one dons a cloth mask, microscopic aerosols break through the material when people snuff or inhale.

“You know I wish we could get rid of the term masking because, in fact, it implies that anything you put in front of your face works, and if I could just add a nuance to that which hopefully doesn’t add more confusion is we know today that many of the face cloth coverings that people wear are not very effective in reducing any of the virus movement in or out.”

He explained that when one wears a cloth mask during a wildfire, you are still able to smell the burning flames, exposing the flaws of a cloth mask.

“Either you’re breathing out or you’re breathing in and in fact, if you’re in the upper Midwest right now anybody who’s wearing their face cloth covering can tell you they can smell all the smoke that we’re still getting,” he added.

Last month, Scott Gottlieb, MD, former Food & Drug Administration (FDA) commissioner, said that the right quality mask was necessary to protect against a strain as contagious as the Delta variant.

“It’s not more airborne, and it’s not more likely to be permeable to a mask. So a mask can still be helpful,” Gottlieb told host John Dickerson.

“I think, though, if you’re going to consider wearing a mask, the quality of the mask does matter. So if you can get your hands on a KN95 mask or an N95 mask, that’s going to afford you a lot more protection.”