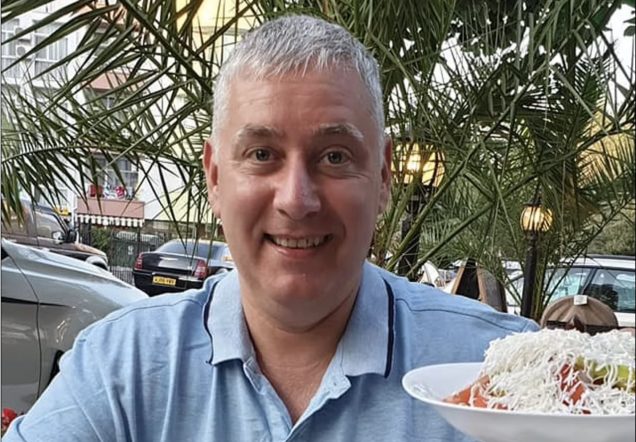 A nightclub boss in UK, David Parker who mocked people for taking the COVID-19 vaccine has died of the virus.

He was one of three known people who rejected the vaccine and have died after contracting the virus.

Parker, 56, passed away at Darlington Memorial Hospital in County Durham on Monday despite having no underlying health conditions.

He had taunted people in hundreds of Facebook posts about the ‘experimental’ COVID-19 vaccine and alleged a ‘big pharma’ conspiracy.

According to Mail Online, the family of Mr Parker, are said to now be urging everyone to get the jab.

Parker spent a decade working as the manager of Club Louis in North Yorkshire.

A fit and healthy 42-year-old father with a love of rock climbing and bodybuilding, Eyers died of Covid-19 last week after refusing the vaccine.

Cambridge University graduate Leslie Lawrenson, 58, also passed away at his home in Bournemouth on July 2, just nine days after releasing footage to Facebook explaining why Covid was ‘nothing to be afraid of’.

Following Mr Parker’s death, his relatives have commented on some of the posts, with one person writing: ‘So sad to see this. RIP Uncle David, it could have saved you!’

Mr Wignall, who works as the director at Club Louis, fell ill with Covid on the same day as his colleague.

He was fully vaccinated while Mr Parker had not received one dose of the vaccine.

He said: ‘He [Mr Parker] didn’t believe in it and he didn’t want it, it was out of distrust of the elite, frankly, and we couldn’t change his mind.’

In a statement posted to social media, Club Louis said: ‘It is with enormous regret that we have to announce the passing of our manager, David Parker.

‘He was being treated for the effects of Covid but lost his struggle. On behalf of the whole Louis Family, we offer our deepest condolences to his family and friends, he will be sorely missed.