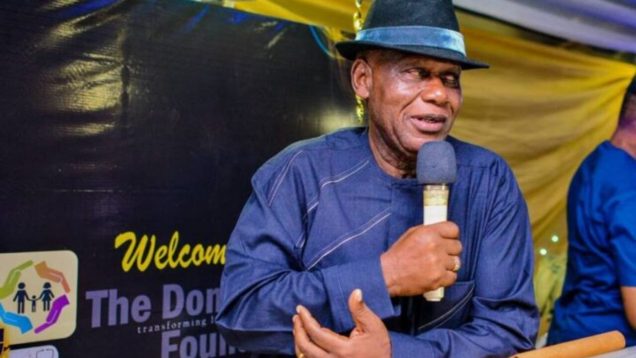 Benue State Governor, Samuel Ortom has described the death of retired Brigadier-General Dominic Oneya as a loss to Nigeria and people of Benue State.

The governor mourned the retired army official and former NFF president and administrator of Benue State in a statement by his Chief Press Secretary, CPS, Terver Akase.

Ortom said Oneya’s footprint as administrator of Benue State have remained indelible, particularly as one who handed over power to a democratically elected Governor in 1999.

He sympathized with the Oneya family, the government and people of Delta State over the death of their illustrious son and prayed God to grant his soul eternal rest.

The Delta-born retired Army general was reported dead on Thursday morning in his home at Effurun GRA in Uvwie Local Government Area of Delta State. The cause of death of the 73-year-old has not been revealed.