Protesters hit Prime minister Gonsalves with stone, bleeds from it 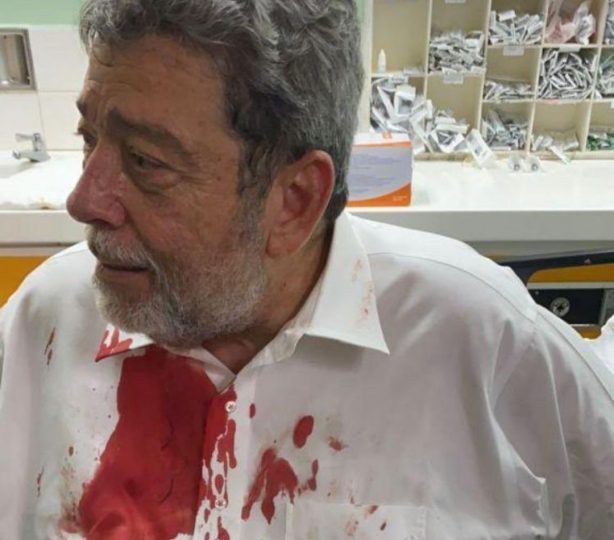 Prime Minister Ralph Gonsalves of the Caribbean country St. Vincent and the Grenadines was struck by an object on Thursday during protests

He later received medical treatment for injuries, according to local media reports and images circulating online.

He was walking through a group of protesters to the parliament when the incident occurred, reports said.

“I suspect it is not life-threatening, it is something that needs to be addressed by health officials,” said Sehon Marshall, a spokesman for Gonsalves, in an interview with Jamaica-based outlet Nationwide News.

A video circulating on social media showed Gonsalves engulfed by people amid much noise. An unidentified voice in the video said: “The Prime Minister is bleeding! … Somebody just hit the Prime Minister in his head with a stone!”

Another image posted on social media showed Gonsalves in a white shirt stained red with blood, apparently in hospital.

Residents in St. Vincent and the Grenadines were protesting amendments to the Public Health (Amendment) Bill 2021.

The amendment allows certain categories of public sector employees to be vaccinated to work in “frontline” jobs.