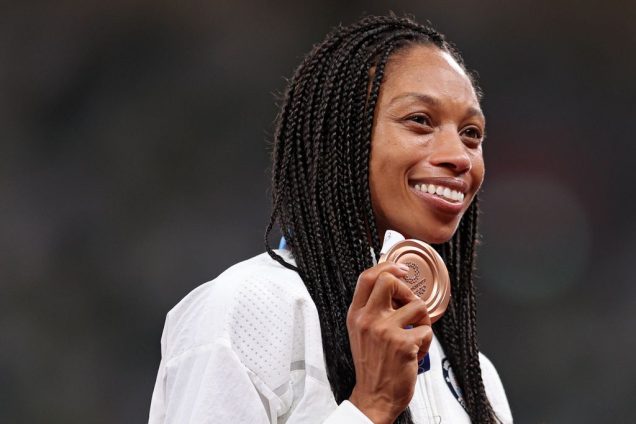 She also became the winner of the most track medals of any US athlete.

On Saturday, she combined with her American teammates to finish the 4×400-meter relay in 3 minutes, 16.85 seconds for a runaway victory.

Her reward was the Olympic gold, her seventh out of 11 overall.

The team of Felix, Sydney McLaughlin, Dalilah Muhammad and Athing Mu was never in jeopardy in this one.

Felix became the most-decorated woman in Olympic track history on Friday when she won bronze in the 400 meters.

Today, she surpassed Carl Lewis as winner of the most track medals of any US athlete.