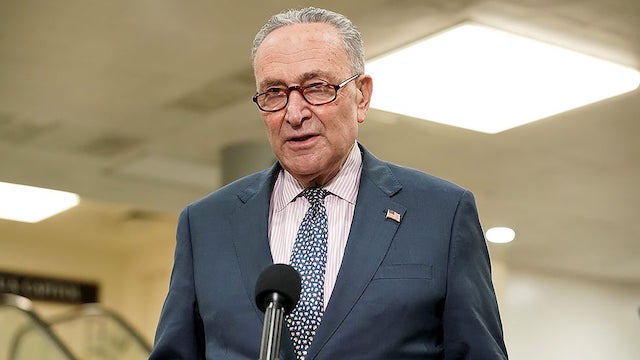 The move followed months of negotiations between President Joe Biden and a bipartisan group of senators.

In a 67-27 vote demonstrating broad support, senators agreed to limit debate on the legislation, which represents the biggest investment in decades in America’s roads, bridges, airports and waterways.

Eighteen of the Senate’s 50 Republicans voted to move forward on the legislation, with Senators John Cornyn and Deb Fischer backing the package for the first time.

But the timing for passage remained unclear, as lawmakers prepared for expected votes on amendments and worked behind closed doors to reach an agreement that would allow the Senate to complete its work on the legislation quickly.

“We can get this done the easy way or the hard way. In either case, the Senate will stay in session until we finish our work,” Majority Leader Chuck Schumer said in a floor speech before the vote.

“It’s up to my Republican colleagues how long it takes.”

Passage would be a major victory for Schumer, Biden and the bipartisan group of senators who spent months crafting the package, and would send the bill on to the U.S. House of Representatives.

Biden tweeted his support ahead of the vote, saying the “once-in-a-generation investment in our nation’s infrastructure” would create good-paying jobs refurbishing America’s roads, bridges, water systems and electrical grid.

“We can’t afford not to do it,” the president said. “We can’t just build back to the way things were before COVID-19, we have to build back better.”

The chamber’s top Republican, Mitch McConnell, also signaled his support for the bill before voting for it.

“Republicans and Democrats have radically different visions these days, but both those visions include physical infrastructure that works for all of our citizens,” McConnell said in a speech. “The investments this bill will make are not just necessary, in many cases, they are overdue. Our country has real needs in this area.”