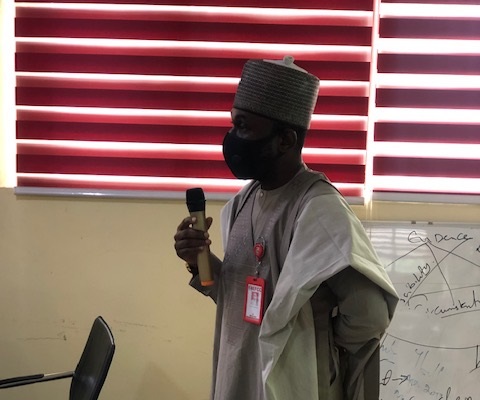 The Lagos Zonal Command of the EFCC has urged non-financial institutions to do transactions in line with the anti-money laundering laws.

Ahmed Ghali, head of the Lagos office gave the charge on Friday, August 6, 2021, during a sensitization program organized by the Special Control Unit against Money Laundering, SCUML, for operators of DNFIs at the Lagos office of the EFCC.

Ghali, in a short remark, charged the participants to ensure that they carry out their operations as stipulated by the laws “to avoid any issues with the EFCC.”

He also urged them to support the Commission in its sustained fight against money laundering and terrorism financing in Nigeria.

Also speaking, the Coordinator of SCUML, Lagos, Pascal Joseph Samu, who welcomed the participants, enjoined them to join hands and partner with the EFCC.

He said without them, “it will be difficult to achieve the sole aim of ridding the nation of money laundering.”

During the sensitization, Folashade Oluwasanya, a Compliance Officer with SCUML, Lagos enlightened the participants on ways to report currency and cash-based transactions as well as suspicious transactions within their organizations.

She further advised them to ensure that adequate Know Your Customers, KYCs, is carried out on all customers.

In attendance were hoteliers, dealers in real estate, automobile dealers, and consultants.