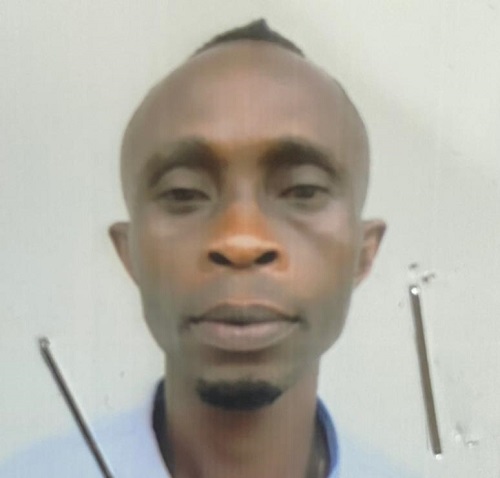 Godswill Goodluck Ahukanna one of the four oil thieves jailed in Port Harcourt.

They were all convicted on Thursday, August 5, 2021, on a one-count separate charge for illegal dealing in petroleum products preferred against them by the Port Harcourt Zonal Command of the Economic and Financial Crimes Commission, EFCC.

The convicts were arrested, sometimes in 2018 and 2019, by the Anti-Illegal Bunkering Patrol Team of 6 Division, Nigerian Army, at different locations in Port Harcourt, Rivers State, with different vehicles and trucks loaded with products suspected to be Automotive Gas Oil (AGO).

They were thereafter handed over to the EFCC for further investigation and prosecution.

One of the separate count-charge against reads: “That you Ibrahim Mohammed on about the 16th May 2018, at Okirika, Okirika LGA, Rivers State, within the jurisdiction of this Honourable Court did deal in petroleum product, about 30,000 litres of Automotive Gas Oil (AGO) conveyed in an Iveco Tanker with registration no: Kano KMC 82 ZJ without an appropriate licence and thereby committed an offence contrary to Section 1(17)(a) & (b) of the Miscellaneous Offences Act, CAP M17 Laws of the Federation of Nigeria and punishable under Section 1(17)(b) of the same Act.”

Another separate count read: “That you Godswill Goodluck Ahukanna on or about the 31st day of October 2019 at Onne, Port Harcourt, Rivers State within the jurisdiction of this Honourable Court did deal in petroleum product to wit: 800 litres of Automotive Gas Oil contained and conveyed in four (4) drums which is not the quality for Automotive Gas Oil (AGO) and thereby committed an offence contrary to Section 1 (18) (a) (ii) of the Miscellaneous Offences Act CAP M17 of the Revised Edition (Laws of the Federation of Nigeria) 2007 and punishable under Section 1 (18)(a)(ii) of the Act.”

Based on their pleas of “guilty”, prosecution counsel: I. Agu, E. K. Ebipade and K. W. Chukwuma prayed the court to convict and sentence them accordingly.

Defence counsel, A. M. Eyam, O. M. Ofordile, M. M. Suleiman and E. H. Eboh did not oppose the prosecution but prayed the court to temper justice with mercy.

Justice Mohammed convicted and sentenced Mohammed to two years imprisonment, with an option of a fine of Three Hundred Thousand Naira (N300,000.00) to be paid into the Federal Government Account.

He ordered that the product conveyed in the Iveco truck tanker with registration no: KANO KMC82 ZJ be sounded and sold by the court and EFCC and the proceeds paid into the Consolidated Revenue Account of the Federation.

He released the Iveco tanker with registration number: Kano KMC82 ZJ to the owner.

The judge convicted and sentenced Ahukanna to two years imprisonment with an option of a fine of One Hundred and Fifty Thousand Naira (N150,000.00).

In the case of Saidu and Inuwa, the judge convicted and sentenced them to one year in prison, with an option of fine of Two Hundred Thousand Naira( N200,000). He ordered the release of trucks with registration: BRR 53 XA and MKA 247 ZB to their owners.

Additionally, all the convicts are to sign an undertaking of good behaviour before the court.