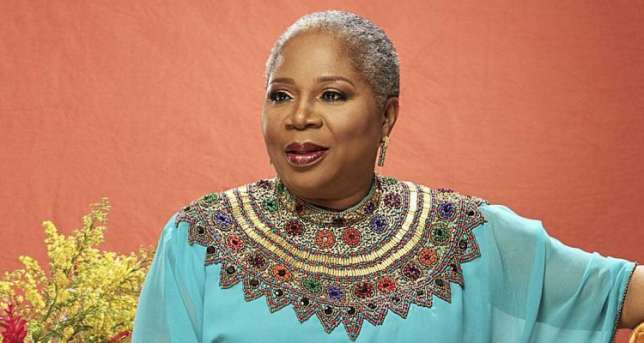 Veteran Nigerian singer and broadcaster, Onyeka Onwenu has reacted to rumours that she had a secret marriage with former President of Nigeria, Olusegun Obasanjo.

In an interview with popular media personality, Chude Jideonwo, on #WithChude, the ‘One Love’ crooner also debunked rumours h she was sleeping with many big men in Nigeria during her career.

The author of “My Father’s Daughter” said the accusations that she slept with Obasanjo and had a secret marriage with the former President is false.

“I was accused of sleeping with Sunny Ade, Fela and Obasanjo.

“They even went to the extent of saying I got married to Obasanjo secretly.

“If he approached me to marry him, why would I keep it a secret? We would have made it public, so that was funny,” she added.

She added that her marriage to her ex-husband would have almost killed her if not for her brother who saved her.