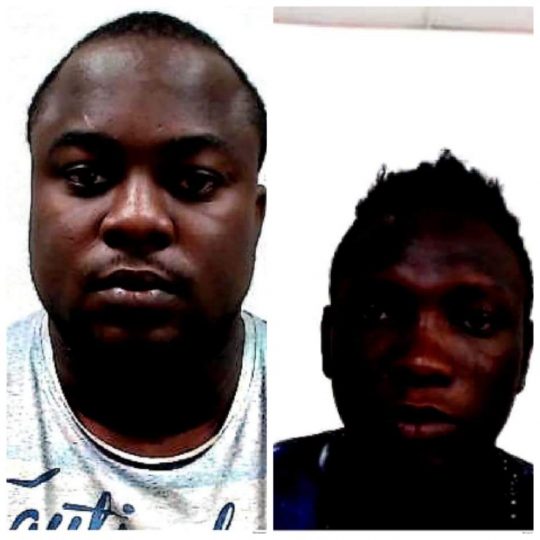 For many years, Tobilola Ibrahim Bakare and Alimi Seun Sikiru enjoyed the frills of the nouveau riche and the effervescent image of modern age role model of success among the young and upwardly mobile. What with their collection of wonders-on-wheels and exquisitely furnished mansions in exclusive neighborhoods of Lagos. Life was good and business was sweet as the greenback kept tumbling in, from one deal after another.

Their proverbial master key to the ceaseless flow of wealth was access to the email of corporate organizations, a practice that is known as Business Email Compromise Scam in cybercrime.

Bakare, the lord of the manor as far as the deadly partnership is concerned, had mastered the art of breaking into the emails of corporate organizations through hacking and compromising their financials. By the time his melody changed to swansong, his cumulative heist was in the neighborhood of $1million USD.

What went wrong? The guy men, as internet fraudsters are called in cybercrime circles, were not careless. They never expected a comeuppance, at least not in the short term. But a certain transfer from one of their corporate accounts became their Achilles heels. As it turned out, EFCC was literally in pursuit of a small fish when it landed a Shark.

The agency was poring through transactions in the account of Kehinde Adelakun, a convicted internet fraudster when it stumbled on a transfer of N5million in two tranches. The money was wired from the account of Alvine International Resources Ventures, a company owned by Sikiru. The transaction did not sit well in the imagination of the investigators, and they decided to dig deeper. One thing led to another and, in the end, the investigation revealed a slew of suspicious transactions reeking of brazen laundering of proceeds of crime.

It was the impetus for Tobiloba and Sikiru to be taken into custody. When they were confronted with the dossier already assembled by the EFCC, they were nonplussed. They could not offer any explanation for the source of the monies in their accounts or the funds with which they acquired palatial mansions in the upscale Lekki axis of Nigeria’s commercial capital, Lagos.

As the reality of their circumstances dawned on them, they started to sing like a canary.

Bakare, the principal partner of the syndicate confessed to being a prolific BEC fraudster who hacks into the email of his corporate victims. He claimed he has earned over a million United States Dollars from the crime and the proceeds laundered through investment in real estate and the rest used in servicing a luxury lifestyle and acquisition of expensive automobiles.

Faced with the overwhelming evidence by the EFCC, the fraudsters caved in and agreed to give up the assets linked to them. The two vehicles valued at N30million and the three duplexes valued at N230million were subsequently forfeited to the Federal Government. The forfeited assets also included the sums of N196, 741, 216.82, and N7, 054, 852.01 in bank accounts.

Aside from stripping them of the known benefits of their criminal exploits, the EFCC also ensured that they were given custodial sentences following their arraignment at a Lagos State High Court on five counts of retention of stolen properties. Both bagged three years imprisonment but Bakare, 27, an indigene of Ijebu Ode, Ogun State got an option of a N3 million fine while Sikiru was given the option of a N1 million fine.

It was a fitting denouement to a life of fraud, and a clear message that, no matter how hard fraudsters try, judgment day would ultimately come.