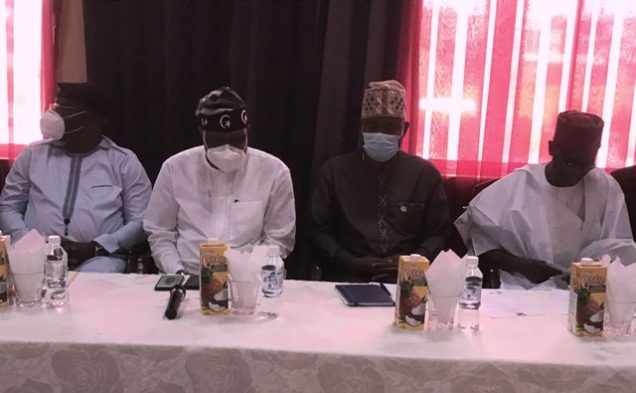 The programme is a two-year collaborative Diploma between the Lagos State University (LASU) and the Public Service Staff Development Centre (PSSDC).

Speaking at the orientation ceremony for the third batch of 73 participants in the programme, held at PSSDC, Magodo, Commissioner for Establishments, Training and Pensions, Mrs Ajibola Ponnle said the current administration was aware of the fact that a highly skilled public service is essential to the realisation of the administration’s THEMES agenda.

“By so doing, the administration believes, the State develop capacity to face “the existential threat, arising from the interplay of demographic and climate change” and the continued levels of migration into the State that have and continues to “put phenomenal strain on the physical and fiscal resources of the state,” Ponnle, who whose speech was read by the Director-General, PSSDC, Dr. Senukon Ajose-Harrison said.

She stated that this collaboration between PSSDC and LASU is one of such opportunities that the State had put together to ensure the development of a public service that would rise to the challenges of development in the State while in the process of acquiring additional qualifications that would enhance their career in the State Public Service.

“I charge you to resolve to contribute your professional best at every point of your career, distinguish and build yourselves into professional brands both within and outside of your places of employment.

“Please note that the only stumbling block between you and a successful Public Service career is you. Your attitude to work, knowledge acquisition and indeed, to life, would go a long way to define your place in the Public Service.

“Therefore, you must strive to acquire requisite knowledge and continue to nurture the right attitude that would aid the development of right leadership in the services of the State,” she charged the participants.

Earlier, the PSSDC DG, Ajose-Harrison said the major purpose of the programme was to collaborate in the provision of learning and development/capacity building interventions, including academic programmes, conferences, seminars, among others, beginning with the provision of DLGADS and the moderating of PSSDC’s Certificate Course in Local Government Administration.

According to him, the rationale and objectives of the DLGADS included the provision of the best education and training for practitioners in the field of Local Government Administration in order to empower them to reposition the Local Government to make it most efficient, competitive, result-oriented and independent through effective leadership and management.

“Through the programme the collaborating institutions seek to provide an adequate platform for students to acquire and develop appropriate conceptual skills and attitude required for effective local government administration as well as inculcate high ethical behaviour that will equip them to formulate and support better public policies at the grassroots levels through mentoring, teaching and research,” the DG said.