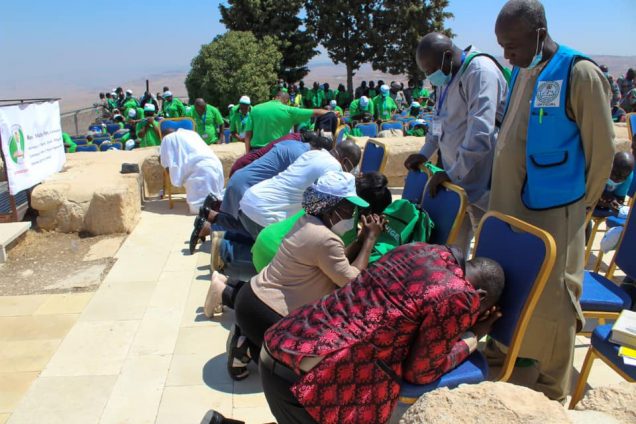 Nigeria has officially adopted the Kingdom of Jordan as one of the permanent destinations for its citizens to visit for pilgrimage.

Mary Gana of the Public Relations department of the Nigerian Christian Pilgrims Commission (NCPC) announced this on Monday in Jos.

She said Rev. Yakubu Pam, the Executive Secretary of the commission disclosed the development when he visited the Jordanian Minister of Tourism and Antiques, Mr Nayef Alfayez.

Pam said that the Federal Government had saddled the commission with the responsibility of taking Christian pilgrims to all holy sites around the world.

“This is only possible because the Jordanian government has opened its doors to us.

“The support and co-operation accorded us to ensure a hitch-free pilgrimage exercise especially in the area of visa procurement are impressive.

“You kept to every promise you made to us and we are grateful,” he said.

Pam added that the new development would further boost the relationship between Nigeria and Jordan in the area of peace, tourism, agriculture and technology.

Earlier, the Jordanian Minister, Alfayez, thanked the executive secretary and his team for their visit.

He commended the Nigerian government and NCPC for considering and adding the holy sites in Jordan as viable pilgrimage destinations.

Alfayez explained that the greatest value the country had cherished as a nation was the peaceful co-existence between the Christians and the Muslims.

“We work together like brothers and we accept each other not minding our religious differences,” he said

He assured that the Jordanian government would do everything possible to ensure pilgrimage to the country was worthwhile.

In a remark, the Nigerian Ambassador to Jordan, Mr Faruk Yabo, also thanked the Jordanian authorities for their cooperation and support to the success of the pilot scheme of pilgrimage to the country.

Yabo solicited more cooperation in the area of visa procurement to enable more Nigerians to have the opportunity to visit Jordan so as to strengthen the bilateral relationship between the two countries.