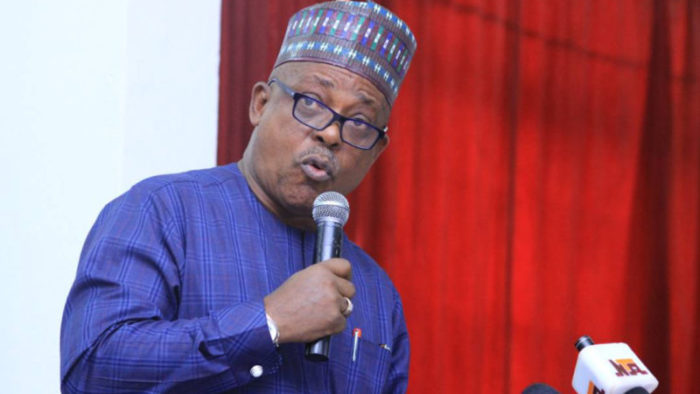 Prince Uche Secondus, National Chairman of the Peoples Democratic Party (PDP) has said he would not resign as chairman of the party.

Secondus said he has no reason to resign as chairman in a statement on Monday released by his spokesman, Ike Abonyi.

He noted that nothing so far warranted his resignation from the party position.

The chairman also called on those calling for his resignation to come clean and tell party members across the country his offence why he should resign.

He said he would remain focus and committed to the ideals of the party which he swore to protect and defend upon his election to lead this great party 44 months ago.

Secondus has been under fire in the past weeks as members of the party have called for his resignation.

PDP House of Representative members released a communique on Saturday blaming Secondus’ “bedroom managerial attitude” as the reason for the woes befalling the party.

They accused him of not carrying party members along, adding that if he was allowed to continue in office in the next three months, the party would be in grave danger.

Some other camp in the PDP maintained that Secondus needed to leave as chairman given his poor performance in the face of opportunities for him to do well and reposition the party ahead of the 2023 general election.

They noted that PDP governors and other members have been exiting the party and that Secondus has not made effort in putting up reconciliation machinery.

Several other reasons were given for the resignation of the PDP chairman.

Secondus’ tenure and other members of the National Working Committee (NWC) is to expire in December after he was elected for a four-year mandate in December 2018.