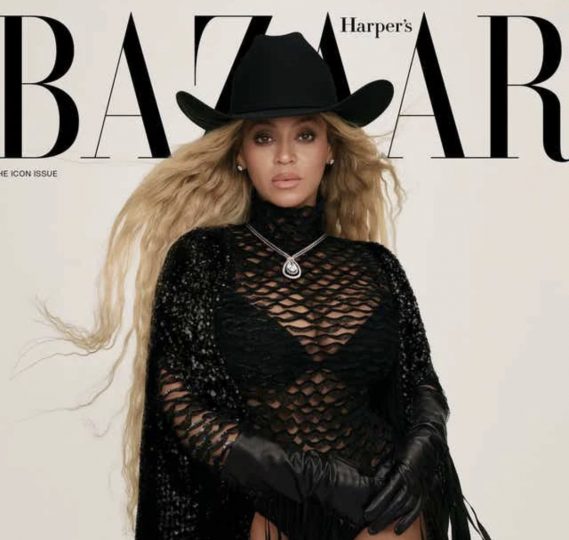 American singer, Beyonce bares it all as she appeared on the cover of Harper’s Bazaar September Icons Issue.

The musician and songwriter got candid about her struggles with insomnia and diet as well as the effect of COVID-19 lockdown.

Beyoncé revealed how quarantine has given her a chance to focus on herself — and that her young girls are taking notice.

“I’ve personally struggled with insomnia from touring for more than half of my life.

“Years of wear and tear on my muscles from dancing in heels.

“The stress on my hair and skin, from sprays and dyes to the heat of a curling iron and wearing heavy makeup while sweating on stage,” she said.

The mother of three and wife to billionaire rapper Jay-Z also talked about how she struggled with her body image.

“In the past, I spent too much time on diets,” she said. She said all that has changed.

“My health, the way I feel when I wake up in the morning, my peace of mind, the number of times I smile, what I’m feeding my mind and my body — those are the things that I’ve been focusing on,” she said.

Beyoncé also said she feels pressure of being the “backbone” of her family and noticed how it can take a toll on her.

She added that the greatest benefit has been setting an example for her daughters, Blue, 9, and Rumi, 4, whom she shares with her husband Jay-Z.

“I’m so happy that my daughters will have the example of those rituals from me,” she said.

“One of my most satisfying moments as a mom is when I found Blue one day soaking in the bath with her eyes closed, using blends I created and taking time for herself to decompress and be at peace,” she said.

Beyoncé was styled by Samira Nasr and Marni Senofonte, and photographed by Campbell Addy in different designer wears.

Among them were a Valentino bodysuit with matching cape, a Gucci dress of lace and feathers, jewelry from Tiffany & Co., and a less than 10-gallon sized hat from Stetson.