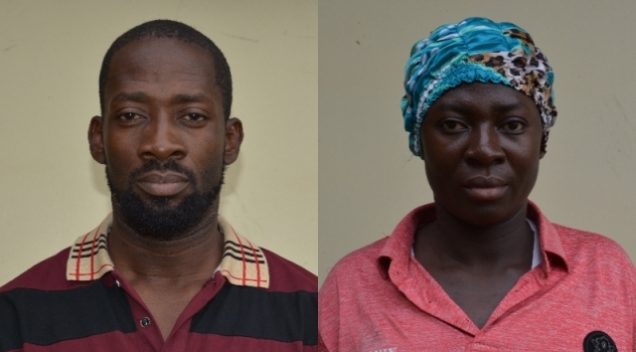 The Kaduna Zonal Command of the Economic and Financial Crimes Commission (EFCC) has arrested the duo of Michael Yusuf Michael and Martha Daniel, promoters of MYM123CARE, for allegedly obtaining money by false pretence.

Their arrest followed a petition alleging that the suspects on the pretext of providing aid to the needy, solicited for funds from the general public through the Foundation but converted the proceeds to personal use.

A statement issued by EFCC’s spokesman, Wilson Uwujaren, said investigation revealed that on 22nd March, 2021, Yusuf Michael posted a video of a woman with breast cancer and solicited for donation from public-spirited individuals who responded by donating money into MYM123CARE’s account domicile in a first generation bank.

“The woman for whom the fund was supposed raised later died in the hospital.

“The suspect upon receiving the monies, went on a spending spree, transferring various sums to third-parties who used the monies to purchase various properties ranging from real estate, automobiles and electronic equipment.

“The suspect will soon be charged to court,” EFCC said.