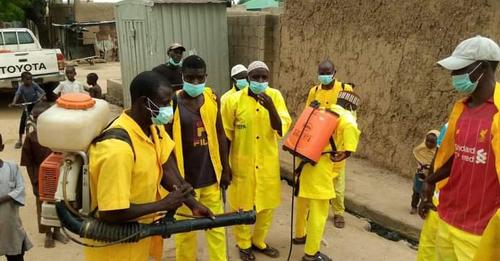 The Jigawa Environmental Protection Agency (JISSEPA), has commenced six-day fumigation against mosquitoes in three Local Government Areas of the state.

The Spokesman of the agency, Alhaji Zubairu Sulaiman, disclosed this in an interview with the News Agency of Nigeria (NAN) in Dutse on Tuesday.

Sulaiman said the exercise, which began on Aug. 7, was being conducted in Hadejia, Ringim and Babura Local Government Areas.

According to him, the exercise is to eliminate mosquitoes that are responsible for the spread of malaria.

The spokesman said that the exercise was aimed at keeping the environment free of mosquitoes to curtail the spread of malaria in the areas and the state in general.

Zubairu also advised residents of the state to maintain the culture of keeping a clean environment, free of stagnant water.

He explained that keeping an environment devoid of stagnant water would help eliminate contact with the vector responsible for carrying the malaria parasite.

Zubairu advised the people, particularly rural dwellers, to imbibe the culture of keeping a healthy and clean environment to avoid unnecessary infections.