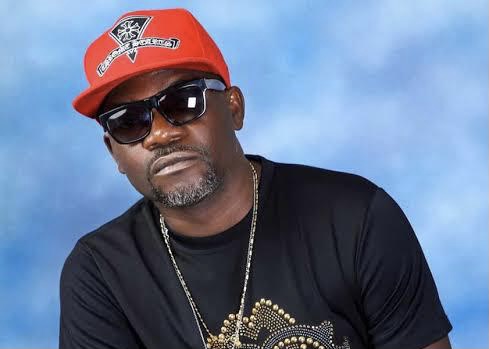 Popular showbiz entrepreneur and aficionado, Nwuruku Ozor Alex also known as Alex Ozone has expressed his vision for the youths of Ebonyi State in developing their potentials especially in entertainment.

According to CEO of 03media Group Inc., it was rather disheartening that a state like Ebonyi, which he is proud to have originated from, is still way far behind in the areas of showbiz in this fast-evolving world.

The showbiz practitioner, said “the lull in this sector of the state has been a source of worry and concern to many, given the derivable benefits that a vibrant entertainment sector in Ebonyi will accrue.

”This is very painful indeed, and I wonder whether many are not thinking in my direction.

“So many times, I hasten to ruminate over whether the government ever has entertainment and mobilization of the youth in place, through this veritable avenue and its appurtenances. This readily brings to my worried mind why this very critical sector has been grossly neglected and shoved aside like a pack of cards by successive governments in the state.”

Alex Ozone also said that he strongly believes that, with an aggressive mind like his in this sector, all things being equal, the state will soon shout Uhuru. But that is if all the round pegs are put in the round holes.

“My vision for the state in this regards is not personal, but very holistic in every facet of the entertainment industry, much to the embrace and benefit of the youths who belong to the micro world of what other youth in their ilk are enjoying and are always basking in that euphoria.

“A state like Ebonyi, with about six tertiary institutions and scanty club houses that cannot boast of a periodical concert or show to attract students and social buffs, is not a good testament, and leaves much to be desired.

”This is unlike what happens in other states where entertainment is like a breather for many youths who always look forward to the next edition of a particular event, where their admirable stars and performers are on stage.”

“The state is blessed with brilliant-minded and eminently-talented artistes like Patoranking, Sinachi, Tekno, and many more vibrant youth in film making, movie, comedy, creative arts, visual arts et all who can contribute so much to their beloved state but have virtually been left in the lurch by their government, much to the advantage of other states, who have been utilizing these impressive young talents to better the lot of their states.

Speaking further, Alex Ozone emphasized that the visibly-talented youths of Ebonyi state who have, out of no encouragement or support from their government, have single-handed broken out of the woods to carve a niche for themselves, are now see as their role models on account of their ingenuity and dexterity, but are not identifying with the state, because there is no readily available avenue for them to participate, showcase and tutor these other yearning youth through the fast-evolving multi-million Naira showbiz and entertainment industry in general.

“Ebonyi state, being the Salt of the Nation, is blessed with so many cultural and tourists’ potential; just as the capital city, Abakaliki, is the hub of agriculture, to which if entertainment, in all its entirety, is used to boost this natural potential, will further increase its GDP in many folds”, he stated.

Alex Ozone is well-known in the entertainment industry as an indefatigable promoter of artistes, who has exported Nigerian music to the world, and has managed many star artistes like Timaya, Terry G, Oritsafemi, Tekno, Patoranking, and many too numerous to mention; just as he remains the only person who brought Ebonyi state on the world map, through his most well-attended showbiz event tagged ‘Abakaliki Concert’ in 2015, which was star studded, an event that is still a record-breaker in the state.