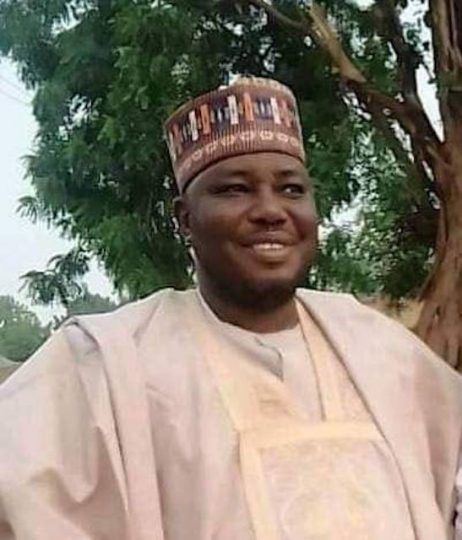 Suleiman Adamu: wonders why the COVID-19 has not killed Buhari

Chairman of the APC in Yola South, Suleiman Adamu, was on Tuesday suspended after a viral audio surfaced, in which he wished President Buhari be struck dead by COVID-19.

In the audio clip, Adamu wondered why the Coronavirus has still not destroyed the president ′′

“In Adamawa there is no problem that Buhari cursed us, it is better to die Osinbajo collects, or nothing is ours “, read a translation by Daily Nigerian Hausa.

The meeting held in the home of a former commissioner.

Bindow had since denounced the audio and pledged allegiance to Buhari.

Publicity Secretary of the party in the state, Mohammed Abdullahi, announced Adamu’s suspension.

“As a party, we came across an audio clip that is widely circulating in the social media which emanates from the Stakeholders meeting of our party in Yola South Local Government Area.

“In light of the above, we had an emergency SWC meeting today (10/08/2021) where the audio clip was replayed, digested and deliberated upon.

“At the end it was observed that some of the words/remarks in the audio clip were most unfortunate and require further investigation.

“Consequently, a 7-man disciplinary committee has been set up by the SWC to investigate the issues in the audio clip and make appropriate recommendations for action.

“In order to ensure unhindered investigation and fair hearing, the SWC has resolved that the APC Caretaker Chairman, Yola South Local Government (Alh. Suleiman Adamu) who is a member of the State Executive Committee be suspended pending the outcome of the investigation by the 7-man disciplinary committee.

“Finally, we urge our Stakeholders at all levels not to allow unpleasant comments/remarks during party meetings of any nature.”

In his reaction to the audio, Bindow condemned the viral audio, in which Suleiman also rained abuses on President Buhari.

“According to him, the meeting they had with some APC stalwarts of Yola South is in line with the calling of the National leaders of the party to unite all warring factions for a total winning in the coming 2023 elections.

“I had a privilege of good parental upbringing, our culture and norms do not permit us to rain abuses on our leaders. This I have as a principle never to insult, fight or join issues with anybody, talk more of going to the extent of identifying with anybody that can do that against President Buhari who is much more my father.” Bindow said.

He said he was caught in the web of mischievous evil men who want to destroy his relationship with Buhari and his political career.