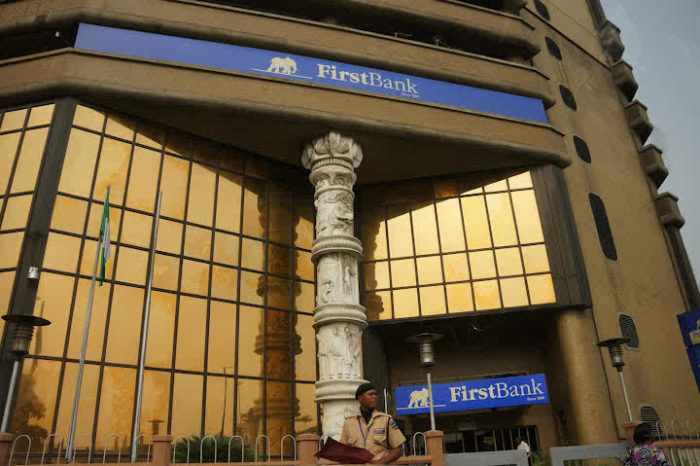 An Appeal Court in Lagos, Southwest Nigeria has fixed 12th of October, 2021 for the hearing of an appeal filed by First Bank of Nigeria against a judgement delivered by a Federal High Court in Lagos.

The court had ordered the bank to pay a human rights lawyer Olisa Agbakoba, a customer of the bank the sum of N266,368,454.85, as general damages for mismanaging the lawyer’s share portfolio investment account.

First bank is also waiting for a date to be fixed for hearing of its appeal against another Federal High Court judgement of N13 millon obtained by one of its customers Abolade Bode, who resides in Nigeria, but alleged that a fraud was perpetrated on his account, which was debited for shopping in London and flight ticket bought in far away Budapest in Hungary

In the case of Agbakoba, as filed before a Federal High Court in Lagos, the senior lawyer in his claim stated that as a result of bankers/customer relationship between him and the bank; sometime in 2008, the bank introduced its margin trading facility to him, which he accepted.

He said First Bank explained to him that the bank’s customers were to purchase shares with the advanced margin trading facility and pledge the shares to the bank.

He said the bank, for a management fee, was to professionally manage the advanced facility by selecting the broker and securities for the facility

The lawyer stated that the bank would also prepare all the paper work needed, provide information about the funds’ holdings and performances and reserved the power to exit should the fund diminish to a threshold that could impair the economic underpinnings of the investment and left the bank’s exposure uncovered.

He explained that the bank requested and encouraged him as a customer to take the margin loan contract.

On the strength of assurance, the plaintiffs applied for a margin trading facility of N200 million with the plaintiff and the bank opening a joint special reserve lien account with the Central Securities Clearing System (CSCS), whereby First Bank Limited was the sole signatory to the lien.

The plaintiff said he also provided shares worth N60 million as his own contribution in line with the margin trading facility agreement.

He said it was fundamental to the margin loan agreement that if the plaintiff was unable to regularize the account within 5 days following the margin call, the bank has the duty to sell the shares and apply the value of the shares appreciate to cover the required margin.

However, Agbakoba averred that the bank did not take reasonable care to ensure the performance of the contract and observe compliance with all terms and conditions of their agreement in relation to the transaction as the bank failed to monitor the stock market and advise the plaintiff accordingly as it was obliged by the margin loan agreement, while the value of the shares continued a steady decline, as the plaintiff was utterly left in the dark regarding the value of the share portfolio in spite of repeated demands by the plaintiff for information from the bank.

He said in a particular of the fraudulent inducement, First Bank held itself out as possessing the requisite knowledge, skills and expertise to seamlessly manage the investment in a win-win situation while offering the plaintiff the product, consequently the breach of the margin trading facility agreement, fraudulent misrepresentations and mismanagement of the plaintiff’s account by the bank occasioned huge loses to the plaintiff.

The principal sum of N200 million was completely lost, the plaintiff paid a total sum of N250,434,639.13 in liquidation of the margin loan account excluding interest and other charges.

It was disclosed that the plaintiff’s 30 percent equity contribution valued at N60 million was completely lost and N40 million out of this would have been saved if the shares were sold at the second trigger point, N768,454,85 cost of cancellation of transfer of the debt to AMCON.

However in its statement of defence, First Bank, while denying almost all the claims of Agbakoba, contended that it was not in any way liable to the plaintiff either in contract or tort as the plaintiff was aware of the volatility of the operations of the Nigerian Stock Exchange (NSE) and the speculative nature of the price of the stocks traded thereon and voluntarily assumed the business risks involved therein by applying for the loan from the bank and applying for the loan proceeds to buy shares, thereon the bank has never been the plaintiff’s investment manager.

The bank’s obligations were limited to the administrative of the facility itself, not the shares. The said administration involved the bank taking steps to ensure payments of the principal sum and the interest and monitoring movements on the bank’s lien account not share account by debiting and crediting relevant accounts towards repayment of the facility.

The bank was never a “joint venture” participant in the shares investment business undertaken by the plaintiff with the facility proceeds.

The bank’s role in the facility transaction was that of a lender and not that of a co-investor or asset manager.

Consequently, the bank denied that it acted in breach of contract or breach of any legal duty, therefore the plaintiff is not entitled to any sum as the plaintiff’s claims against the bank are vexations and without merit and should be dismissed with substantial costs.

In his judgment, Justice Muslim Hassan held that, “I am in agreement with the submission of learned counsel for the plaintiff that the bank failed to honour its contractual obligation as contained in the margin loan agreement and as a result the plaintiff suffered damages.

“The position of the defendant is akin to a situation where a party to a contract in the absence of any agreement to the contrary takes a benefit of a contract and refuses to accept liability as a result of his inaction or negligence, no court in Nigeria would allow that.

“From the foregoing, I hold that the plaintiff has proved his case against the defendant. I hereby make the following orders.

“An order is made against First Bank for the payment of the sum of N200 million principal sum lost by the plaintiff as a result of the bank’s breach.

“An order is made against the bank for the payment of the sum of N40 million to the plaintiff which would have been saved out of the plaintiff equity contributions were the shares sold at the second trigger point.

“An order is made against the bank for the payment of the sum N768,454,85 to the plaintiff being the cost of cancellation of transfer of the debt to AMCON.

“An order is made against the defendant for the payment of the sum of N5.6 million for loss of dividend that accrued from plaintiffs Diamond Bank shares in April 2008.

“An order for the payment of interest on the judgment sums awarded against the bank in favour of the plaintiffs from the date of judgement at the rate of 17 percent per annum until judgment.