Nollywood is envy of the world - Actor Johnson Igbokwe 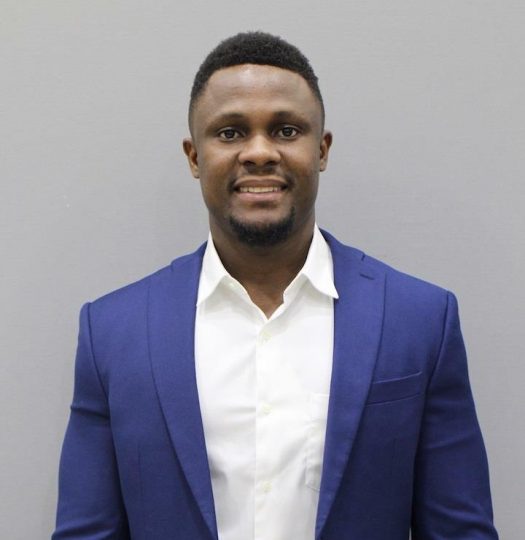 The Malaysian movie industry is growing in leaps and bounds and is reputed to be producing about 60 feature films annually and between 300-400 television dramas and serials, so says Wikipedia and one of the actors that has put their names on some of those films is Nigerian-born actor known as Igbokwe Chika Johnson or better still, Mr Smile.

While films from this part of the world are usually shot in Tamil, Malay, Mandarin and Cantonese, Mr Smile has been part of it all but according to him, his roles are in English. Some of the films he has appeared include Singam 3 which was a Tamil film, The Confidence Man, in Cantonese, Sangkar, a Malaysian movie, Gerakan Rahsia, Mat Bond (Malaysia) and a host of others.

Amid this relative success in a foreign land, Igbokwe longs to have his footprints on the soil of his fatherland as he has never had anything to do with Nollywood.

“Nollywood is the envy of the world. The vibrancy of the industry is being felt across the world. The Nigerian movie industry, Nollywood, is making waves around the world and I would love to be a part of that. I have not been able to work with anyone yet from the Nigerian entertainment industry but I am looking forward to that really soon. I have been talking to a few directors and producers, something great is coming really soon,” he said.

“One of my biggest dreams is to work with some great directors in Nollywood and set up my own model agency company which I am actually doing as a freelancer, and having my own gym houses as well,” he said.

On the question of working in Malaysia as a black man, Igbokwe remarked that the experience has been good for him as he has integrated seamlessly into the culture even though the roles he plays are in English and not Malay as one may have expected.

“ I am blessed to be a black man. I always thank God for that. Living here in Malaysia has been great, it’s my second home and I love it here and all the people I have met see me beyond the color of my skin. Personally for me, we are all human beings and live under the same sky, no matter your skin color,” he declares.

“Thank God I have been able to work with lots of amazing people in the industry. I have done lots of advertisements and movies both local and international,” he added.

Igbokwe began his foray into the entertainment space of Malaysia in 2011 by first shooting television commercials before his acting career took shape. He has featured in many commercials and thus holds a respectable reputation as a model of note in the country.

Igbokwe has shot commercials for top brands like Reebok, Mentos, Caltex, Petronas, The Flutter in Indonesia, and Harpic, Wonda Coffee and many others and has done a lot of clothing prints and photo shoots too.

He hails from Aguata Local Government area of Anambra State but he was born in Benin city Nigeria and grew up in Asaba, Delta State.