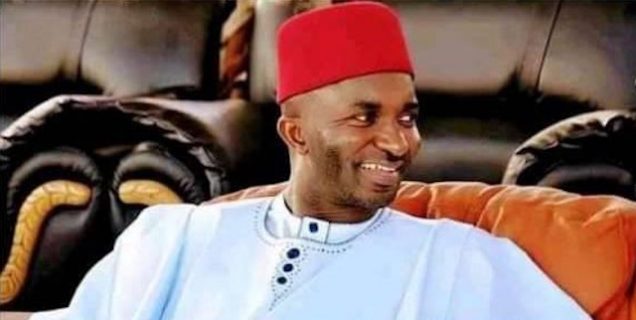 A businessman, Ali Yakubu Numan has been sentenced to jail for 30 months after being accused of insulting Governor Ahmadu Umaru Fintiri.

On another count of disturbing public peace, Magistrate Japhet Basani of the Yola Chief Magistrate Court II didn’t give Numan any fine option.

Numan was jailed on this count for six months.

In his ruling on Wednesday, the Magistrate said the court found Numan guilty of the two counts brought against him by the prosecution.

The businessman back in July was accused of writing and publishing insulting statements in Hausa and Fulfulde on his Facebook page against the governor.

Ali Yakubu accused the governor of stealing Indomie, spaghetti and hundreds of billions of naira from state coffers on his Facebook page.

He was remanded in prison on Wednesday after he was arraigned for defamation by the Attorney General of Adamawa State.

He was charged with publishing insulting and denigrating statements in Hausa and Fulfulde against Fintiri on the 11th, 12th, 13th, 17th, 20th and 29th July 2021 respectively on his Facebook page.

A statement of complaint by the Attorney General and Commissioner for Justice, Afraimu Jingi said the action of the defendant generated tension in the State.

When the complaint was read and interpreted to the defendant, he admitted that he had indeed insulted Governor Fintiri.

Counsel to the complainant, M.A. Adamu, prayed the court to adjourn the matter to enable him assemble witnesses to corroborate the plea entered by the defendant.

In his ruling on the application, Magistrate Basani ordered the remand of the defendant at a correctional centre.